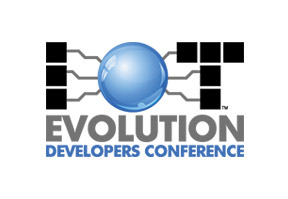 TMC and Crossfire Media have announced IoT Evolution Developers Conference will take place in Las Vegas, August 17-20 at Caesars Palace. Originally launched in Miami in January 2015, this conference has expanded its content and will now be co-produced by OpenSystems Media’s Embedded Computing Design division.

The conference programme has been developed to teach design engineers the various aspects of implementing the IoT, from concept though deployments. It will look at the entire spectrum, from wearables and home devices to industrial applications. IoT Evolution Developers Conference will also feature sessions that cover cloud computing, automotive technologies, and security, while looking at ways to enhance customer engagement, and elevate end user experience.

“We’re really exciting to be partnering with TMC and Crossfire media to put this event together,” said Rich Nass, executive vice-president of OpenSystems Media (OSM). “It’s obvious that the industry is looking for a great IoT-related developer conference, and OSM has proven it can pull together high-quality technical content with a great cast of speakers/instructors.”

“As the Internet of Things continues to evolve and we see nearly every device as a connected object, the need for developers that can design systems that monitor and manage these objects is growing. We are excited to have Embedded Computing Design bring their development insight to our IoT Evolution Developers Conference to show attendees how to develop innovative consumer, business and industrial IoT applications,” states Carl Ford, CEO Crossfire Media and executive director of Content for IoT Evolution Conference and Expo.