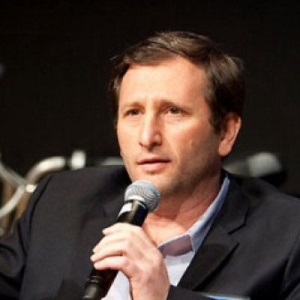 San Diego, CA & Eugene, Ore., March 30, 2015 — Novatel Wireless, Inc., (Nasdaq:MIFI), a provider of wireless solutions for the IoT, and privately held Feeney Wireless, a US-based provider of end-to-end IoT solutions and services, have announced that Novatel Wireless has acquired FW for US$25 million in a combination of cash and stock.

There is also up to $25 million in additional potential earn-out payments over four years based on FW’s revenue and gross profit performance. The combined companies aim to leverage synergies in product development, engineering services, global channels and complementary resources.

Feeney Wireless is said by its new owners to bring expertise in managed services, software-as-a-service (SaaS), and connectivity solutions. According to a spokesperson, the combined companies are expected to “serve as the cornerstone to execute on Novatel Wireless’ vision to deliver the broadest, most comprehensive IoT portfolio.”

Founded in 1999, Feeney Wireless (FW) is an Internet of Things (IoT) products, systems integration and services company that specialises in fixed and mobile cellular-based wireless IoT solutions with a focus on product innovation, speed to market, and rapid commercialisation of new connected devices. FW is said to have a strong base of enterprise and government customers, a carrier SaaS-based management platform that enables 250,000 subscribers, and a “deep bench of development talent that will help Novatel Wireless expand its addressable markets and drive growth in services revenue”.

FW has 91 full-time employees. In connection with the acquisition of FW, Novatel Wireless has granted inducement stock options to these employees to acquire an aggregate of 323,000 shares of Novatel Wireless common stock under the company’s 2009 Omnibus Incentive Compensation Plan.

“With this strategic combination, we create an innovative new model positioning Novatel Wireless as a total IoT solutions and services leader, from hardware to SaaS to connectivity. This transaction creates a powerful engine for generating immediate and long-term value for our shareholders,” said Alex Mashinsky, Novatel Wireless CEO. “FW has established a remarkable ecosystem of products, system integration solutions, engineering, and consulting services that aligns with our strategy to simplify IoT for our customers and partners. Their recently released IoT application framework, Crossroads, is a great example of this and is already being deployed with key anchor customers.”

“Joining with Novatel Wireless enables us to accelerate growth on a global scale and broaden our customer base,” said Ethan Ralston, FW president and CEO. “Our complementary strengths provide leverage for delivering a compelling, proactive approach to end-to-end solutions that combine best in class technology and engineering with best in class services and systems integration.”

“This combination catapults both companies to a new level as we continue to build on our aligned mission to simplify the complexity of IoT through complete end-to-end solutions,” added Bob Ralston, FW Chairman.

Robin Duke-Woolley, founder and CEO of Beecham Research tells M2M Now, “This acquisition is in line with other market players who are extending their reach beyond wireless terminals to include end-to-end solutions for the enterprise. It moves Novatel from a hardware-only position to a hardware plus solution and service offering and the opportunity for recurring revenue.”

Duke-Woolley adds, “The M2M value chain is inherently long – it needs to include a series of activities all working together. As the market develops it is becoming increasingly important to consolidate this and reduce the number of parties involved in getting a solution to market. This acquisition follows that trend and is to be welcomed as part of the need to ‘make it simple’ for the customer.”

Including recurring revenue, FW plans to generate at least $38 million in revenue in 2015. Novatel Wireless expects the transaction to be immediately accretive to its earnings, with estimated non-GAAP earnings before interest, taxes, depreciation, and amortisation (EBITDA) from FW of approximately $3 million in 2015. Gartner Research estimates that IoT product and service suppliers will generate incremental revenue exceeding $300 billion in 2020.

As part of the financing for this transaction, HC2 Holdings, Inc., Novatel Wireless’ largest shareholder, exercised approximately $8.6 million of warrants early in order to purchase Novatel Wireless common stock that were issued in September 2014, and that otherwise could have remained outstanding until September 2019.