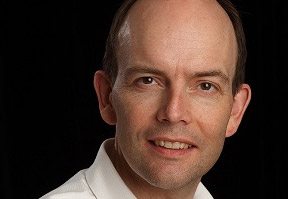 The Wireless IoT Forum has launched to support and promote the deployment of the Internet of Things worldwide. The Forum has been created to drive the widespread adoption of wireless wide-area networking technologies in both licensed and unlicensed spectrum.

It will work with key stakeholders from across the value chain to agree requirements that inform and accelerate standards development and deployments. The Forum is set to announce founding members at the M2M World Congress in London on 28 April 2015.

It also announced that Will Franks had been appointed as chairman and William Webb as CEO. Franks was previously CTO and founder of Ubiquisys, the small cell vendor that was acquired by Cisco for $310m. Webb also currently holds the position of president of the Institution of Engineering and Technology (IET) and has also held senior positions with Ofcom.

“The wireless Internet of Things is bringing connectivity and control to an order of magnitude more devices, however there is a very real risk of fragmented standards and technologies holding back the development of the market,” said William Webb, CEO of the Wireless IoT Forum. “There has also been a tremendous amount of work done in the IoT world across a wide range of technologies. As in the cellular world, the success of this will lie in the promotion of open standards. The Forum will work tirelessly to make this a reality in the IoT world.”

“Successful wireless technologies have always been founded on interoperability, open standards, and a focus on the demands of end-users,” said Will Franks, chairman of the Wireless IoT Forum. “The Forum is committed to securing these conditions and working with all major stakeholders to ensure successful and timely deployment of the Internet of Things worldwide. We are delighted to have helped bring together key industry players with the common goal of driving standardisation and interoperability. These players have the vision to recognise the need to collaborate to create robust technology platforms while competing to create dynamic markets.”

Matt Hatton, founder and CEO of Machina Research told M2M Now: “One of the big challenges of the IoT is the high degree of fragmentation. Fewer standards is probably not the solution, as any attempt to find a single over-arching standard for anything inevitably results in more fragmentation.

What the Wireless IoT Forum is trying to help with is to establish a few common standards as the go-to options for anyone deploying IoT. A laudable goal. Let’s see how it works out in practice with so many organisations with many different axes to grind.”

The Forum’s first Plenary will be held on April 29, 2015 and it is actively recruiting new members. For enquiries and more information about joining contact [email protected]