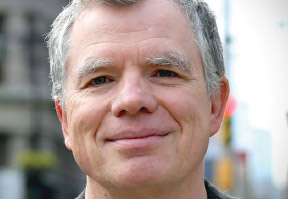 One of the recurring problems of the whole convergence sector throughout its history has been that one part of the complex value-technology chains involved always – and inevitably – lags behind developments in the rest of the infrastructure and systems. As a result, potential commercial and personal benefits remain unrealised, money and time are wasted on ultimately fruitless integration initiatives and innovation grinds to a halt across the whole sector.

Until recently, it’s looked like the M2M/IoT sector was approaching just such a stop point. Commercial and technological developments over the last few years have now given us a broad range of connectivity options suited for different markets. The device, sensor and gateway ecosystem has similarly widened to capture data – the lifeblood of these new value chains that we’re trying to create. One problem however remained: what to do with the data once we’d collected it….

Sure, we do have data analytics tools and disciplines suited to supporting very narrow objectives through point solutions. Like all point solutions however, they’re often dedicated to resolving one particular problem and lack the dynamism, flexibility and openness that the emerging M2M/IoT landscape demands.

Now, however, new approaches to managing the flow of data and then properly exploiting it are finally appearing. M2M Now’s Alun Lewis sat down with one company recently formed to address exactly this issue – wot.io – and spoke with two of its founders, president Allen Proithis and CTO Tom Gilley about its – so far – unique solution.

M2M Now: wot.io formally defines its offering as ‘a data service exchange, supporting a marketplace of pre-integrated third-party data services and applications’. While the terms used there may be clear to some readers, for many potential customers entangled with the often messy day-to-day realities of running a business, it’s just yet more technological jargon. How do you explain your offering in language appropriate to the non-technical user?

AP: There are lots and lots of companies out there, as well as a diverse range of organisations and institutions such as city municipalities, who already know that there are potentially huge benefits to them, their customers and the wider human community from exploiting M2M/IoT. The problem is that they’re currently struggling to make sense of an extremely fragmented and still largely un-interconnected environment. Many of the ‘solutions’ out there still reflect their origins in specific sectors or technologies, and that heritage in turn affects how problems are identified and the answers proposed.

A company could try and go it alone, but all too often they’ll find themselves quickly bogged down by the sheer number of suppliers, partners, technologies and systems that they need to get to work together in what should be seamless and harmonious ways. This complexity involves far more than just connectivity, especially where issues of corporate or personal data security, legality and privacy are involved. Compounding this complexity even further is the fact that each sector – indeed each company – always has some requirements that are unique.

This is especially true when it comes to extracting useful and actionable information and knowledge from the data gathered from a multitude of connected devices. Our key differentiator is that we have assembled a wide range of best-in-breed and often open-source application, tool, platform and framework partners. These complement our underlying data exchange service which links to the many platforms out there that are actually collecting data from devices.

Customers can select from these in almost infinitely flexible pick-and-mix ways to select the appropriate tools, applications and services as and when they need them on a subscription basis. Rather than the traditional approach to application integration where elements are almost welded in place, our concept is more like Velcro: easy to set up and similarly easy to tear down as business and data needs change.

These resources – what we call our ‘integrated marketplace’ – are continuing to grow and already include leading specialist companies in the fields of device management, data management, analytics, business intelligence, scripting, web automation, systems integration, and social media. If we don’t currently have the tools that you require, you can be sure that they’re already on our agenda.

M2M Now: One recurring thorn in the convergence vision – though that’s fast becoming a very dated and 20th century term – is who takes responsibility when something goes wrong given the extremely diffuse nature of the operating environment. How is wot.io addressing this in the M2M/IoT space?

AP: You’re right and this is one thing we’ve focused on heavily right from the very beginning. Almost all of our team have worked at very senior levels in the telecoms and IT sectors over many years and have a simultaneously deep and broad appreciation of business-critical issues in ways that a younger, more web-centric cohort might not. Put bluntly, our customers have one throat to grab – ours – while we’ll already have in place all the underlying SLAs and contracts needed to optimise our own partner relationships. We’re also able to interpret performance metrics as they relate to specific customer needs to ensure that service quality, availability and security are appropriately tailored for each user case. Taking these responsibilities on ourselves instantly frees the customer from the pain, grief and effort involved if they’d tried doing the whole thing themselves.

One increasingly important rider to that concerns the legal issues that naturally arise when you’re dealing with often highly sensitive data in national or international contexts. Once again, we’ve addressed these issues from day one of the company and helping customers mitigate or control these risks forms an implicit part of our whole offering.

M2M Now: Your answers so far seem to indicate that you could be aiming to make at least some of the classic System Integrator (S.I.) community ultimately redundant. How do you see them reacting to offerings like yours?

AP: It’s true that S.I.s have often had problems selling into this space in the past. While very few of their potential customers have the skills and expertise in place to develop their own M2M/IoT solutions, they’ll also shy away from what they perceive could be an open-ended and expensive lock-in relationship with a system integrator.

What we’re now finding very interesting is that some S.I.s are now starting to use wot.io’s platform and services as a way of economically and flexibly enhancing their own very real strengths in specific market sectors, merging this insight with our tools and operating environment. It’s a complementary relationship: they can focus on delivering high-end strategic consultancy and project management – wot.io deals with the technical integration, as well as the essential commercial and legal frameworks that underpin service delivery and guarantee QoS. Indeed, some S.I.s are now finding that with us as part of their proposal, they’ve got a second chance of winning a contract. We’re agnostic here, both in terms of our tools and our business model, and while we might advise customers, we have no intention of becoming sector-centric business service providers.

M2M Now: Tom, as CTO, you’ve got a complex landscape of partners, tools, products, frameworks and applications to support. Can you talk us through what you see as some of the most significant elements here?

TG: Before drilling down into specifics, we can roughly divide these domains into three mutually supporting areas. Firstly there’s our growing range of data service and applications partners – more on them shortly.

Underpinning the wot.io data exchange services is our bip.io Web Automation platform which offers access to over 50 data services. This a free platform, fully open for developers to explore and experiment with, which integrates our operating environment with the world of business workflow, linking into email, productivity and CRM tools including Zoho, Slack, Dropbox and Google Drive; social apps like Twitter and Flickr; as well as syndication feeds such as RSS and Atom. We’re currently getting around five to ten users a day sign up to exploit this.

Alongside this, we also recently announced a partnership to provide appliance and connected device application developers with an easy path to mass production through use of Marvell’s Kinoma Create platform. In this device context, wot.io was already partnering with ARM to provide native support for the company’s mbed platform across a range of architectures, including ARM’s recently released mbed IoT device platform. In fact, towards the end of last year, we won a Best in Show Award at ARM’s TechCon 2014 conference. Extending our operating environment down to the actual device chip and OS gives developers and users a huge advantage in creating a seamless, highly secure and friction-free basis from which to build. M2M Now: And what of the products and applications that you’ve integrated into your marketplace?

TG: As I said earlier, there are currently over 50 data services available and we’re continuing to add to them. As an indication of the breadth of the portfolio already assembled, we announced at the start of this year seven new data services from Elasticsearch, Jinfonet Software, Kibana, MongoDB, Pentaho, Apache Solr and SQLstream. These offer an incredibly wide set of tools and functionalities to developers and users, including business intelligence and data visualisation, and real time data analytics – and we support streaming data in our framework, search engines, databases, data mining, and dashboards.

M2M Now: While the IoT world is extending its reach into our private, public and work lives at an astounding speed, much of this is going on below the waterline of most people’s  awareness. Even when some new functionality or service suddenly pops up in their workplace, on their smartphone, in their connected car or in their increasingly smart home, it’s usually greeted with a ‘I never knew that it could do that….”. What does however instantly attract their attention – and varying levels of concern – is when some big story about customer data or identities being hacked or stolen hits the media. What’s wot.io’s view on the growing security challenges involved in keeping the world’s data and devices safe?

TG: For a start, security and wider risk management strategies have to be built in to any company operating in this interconnected environment right from the start. Each new boundary – between all the companies, systems, databases, applications and devices involved – must be protected and, on top of that, the human  environment must also be taken into account. You can have the best systems security in place but, as the US government has already found, a disgruntled employee can easily defeat that.

What’s especially critical is realising that these potential problems are not going to be solved by individual companies operating in isolation and instead is going to require a collaboration across the entire value chain of vendors, suppliers and operators. End customer education is also going to be important.

That said, those involved in the connected device space are now more than ever creating products with device management solutions that are based on industry standards that have included security as a fundamental building block right from their earliest design. Examples of these that wot.io is intimately involved with include AllJoyn from the AllSeen Alliance and ARM’s mbed platform.

Data is fast becoming the critical defining asset of businesses in the 21st century as industry and commerce move away from traditional models of plant and resource ownership. It’s wot.io’s job and responsibility to offer our customers and partners a choice of secure device management solutions, as well as access control and data security vendor applications as integral parts of our data exchange service.