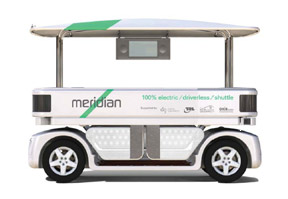 At the recent Consumer Electronics Show 2015 in Las Vegas, Hyundai unveiled its Blue Link smartwatch app by which drivers can start, stop, lock and unlock their vehicles remotely. The app works through a smartwatch and responds to voice commands. It already works with 2015 Hyundais, helping drivers to find their vehicle in a busy car park by flashing the lights and sounding the horn, much to the delight of the neighbours.

BMW went one step better, demonstrating that you don’t even need a valet for parking. The German car maker has developed a smartwatch and laser sensor-enabled system through which drivers can instruct their cars to park themselves, even in a multi-level car park. It can also call the car back to the driver when needed.

Visteon demonstrated how Red Bend’s over-theair updating is being used in its OpenAir head unit, an automotive infotainment platform that provides flexible in-vehicle connectivity in an integrated entertainment system. This end-to-end platform was featured in a North American Ford, a European Jaguar Land Rover and a Japanese Mazda.

At the AT&T Developer Summit, Red Bend’s EVP of product, strategy and marketing, Oren Betzaleli, spoke chillingly about the growing number of software-related recalls while stressing the importance of over-the-air (OTA) software updates in the connected car industry. According to Oren, “More than 50% of (car recalls) are because of bugs in the software, not because of some mechanical issue. In the future it will be more than that.

Automated vehicles are not forgotten, though. A consortium led by TRL (the UK’s Transport Research Laboratory) has been selected by a government-backed agency Innovate UK to deliver the GATEway project (Greenwich Automated Transport Environment) in London. The £8 million (€10.4 million) project will see trials of three different types of zero-emission automated vehicles in a technology-agnostic test environment, to demonstrate automated transport systems to the public and industry, including public tests of fully automated passenger shuttle transport systems and autonomous valet parking for adapted cars. Risk, liability and insurance issues will be specifically addressed, as will pedestrian interaction with automated vehicles.

In September 2014 INRIX®, Inc., a global provider of transportation information, analytics and driver services for the connected car (and smart cities), announced that Porsche Automobil Holding SE, the holding company with a controlling interest in Volkswagen Group, had invested around US$55 million in INRIX. This gives Porsche a stake of approximately 10% in the US-based company.

The INRIX Traffic Intelligence platform continuously analyses real-time data from various sources including a crowd-sourced network of more than 175 million real-time vehicles and devices. Today, it provides real-time traffic information for 6.4 million kilometres (4 million miles) of roads across 40 countries. Bryan Mistele, president and CEO of INRIX said, “We’re pleased to have an investor like Porsche SE who shares our vision for transforming INRIX from a traffic data company to a connected car and smart cities leader worldwide.”

As Philipp von Hagen, member of Porsche SE’s executive board responsible for investment management, explains, “Connectivity between cars and infrastructure is one of the mega trends in the automotive industry. The need for trafficrelated information and data-driven solutions is therefore growing fast.”

Herbert Blaser, VP of short range products at u-blox said the deal, “positions u-blox as a strategic supplier of wireless technology to the fast growing market for in-car and vehicle-to-vehicle (V2V) communication systems. Besides high demand for in-car connectivity, next generation smart cars will have advanced safety and collision avoidance systems that depend on robust, reliable communications.”

Canada’s LocoMobi Inc. Also announced in January that it will acquire the parking-related assets of Florida-based Smart Marketing Concepts Inc (SMC), including subsidiaries SMC Software and eMarketing247. LocoMobi specialises in connected parking, tolling and transport as part of a smart city transportation grid.

Working with with Octo Telematics, Sierra Wireless has designed what the two companies call the ‘super easy telematics box’ for usagebased insurance (UBI). Emmanuel Walckenaer, senior vice-president Europe at Sierra Wireless, told M2M Now, “We have designed this with Octo Telematics to be easily installed on any car by the end user. It’s very simple, just two screws, anybody can do that; so the cost of the solution is reduced significantly. I’ve done it on my car, it took me three minutes max.”

“The box captures data such as the time of the day, driving patterns as you accelerate or brake, turn left or right. All this information is filtered on the module. There are some analytics done on the module then the filtered information is sent to Octo Telematics. They provide their customers’ driver behaviour and a driver score to the insurance company,” he added. “You’ll pay less if you are a good driver and it will be based on the mileage you’re actually doing and not just on a demographic.”

The service is being offered in Italy, France, and Germany, and Octo Telematics are working with more than 100 insurance companies worldwide, mainly on a white-label basis. OCTO is now considering other services, such as breakdown assistance, theft prevention, and car recovery