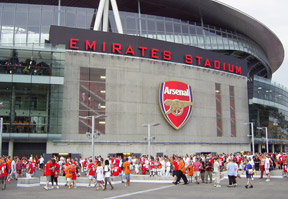 Until manufacturers can put aside their own interests and start working towards a standardised operating system for all devices, rather than simply those of their own creation, the Internet of Things (IoT) will remain out of reach. So says Nicolas Graube, fellow at CSR and one of the speakers at the Future of Wireless International Conference on 23-24 June.

“The IoT is arguably at the peak of its hype cycle and there are some significant obstacles that must be overcome before this dream can become a reality,” says Graube.  “Standardisation coupled with the logistics involved in managing, protecting and making accessible the constant stream of data generated by an ever growing number of connected devices are just some of the key challenges that lie ahead’.

The IoT has edged its way even further into people’s attention after being allocated UK Government funding in the most recent budget announcement, yet all the buzz makes it easy to get carried away on a wave of expectation. The sheer number of device announcements made at the recent Mobile World Congress event prompted organisers to announce a spin-off event focused specifically on IoT solutions scheduled for later this year.

On paper, the IoT has the potential to completely revolutionise whole industry sectors.  However, IoT players must first wade through issues related to privacy, data security and compatibility to ensure it is not another false dawn.

Click here for the full conference programme and to book a place.