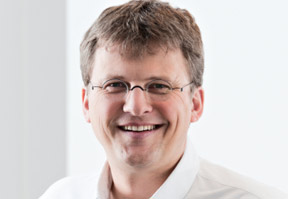 The OPC Foundation has named Stefan Hoppe, a member of the Foundation’s Board of Directors and president of OPC Europe, as its new vice president.

In this new position, Hoppe will take a global role in the effort to position OPC-UA as the worldwide standard for interoperability and IoT (Internet of Things) communication.

“It’s exciting to be able to work with people and organisations around the world who share my passion for the importance of building an infrastructure to support greater connectivity in manufacturing and automation,” said Hoppe. “Our goal is to have OPC-UA become the accepted standard worldwide for IoT communications within the next 3-5 years.”

Hoppe has been working to improve manufacturing communications and productivity for many years through his activities with OPC and other industrial information exchange standards groups around the world.

During the first OPC Unified Architecture (UA) developer’s conference in 2006, Hoppe proposed the design of PLCopen/OPC UA Client Function Blocks and he was named chairman of the PLCopen/OPC Foundation common working group in 2008. He led a team of competitive companies working collaboratively to develop the specification, which was released in March 2014.

Since 1995, Hoppe has worked for Beckhoff Automation, starting as a software developer in the TwinCAT software group and implementing the OPC-DA Server into TwinCAT. Later he has been a lead TwinCAT product manager with a focus on TwinCAT 3, connectivity and embedded software products.

A graduate from the University of Dortmund, Germany, with a degree in electrical engineering, Hoppe worked on automatic guided vehicles (AGVs) at Fraunhofer Institute IML, Dortmund, before joining Beckhoff. Microsoft has awarded him with MVP (most valuable professional) status for embedded software since 2009.