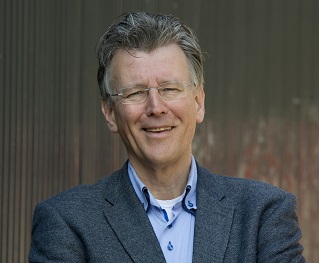 The ZigBee Alliance and the Thread Group recently announced that they are collaborating to aid development of connected home products. Their agreement opens doors for the ZigBee Cluster Library Application Protocol to run on Thread networks.

This is a big step forward to making the Internet of Things and the Smart Home real, says Cees Links, CEO of GreenPeak. We applaud the direction taken by the ZigBee Alliance and the Thread Alliance for planning to integrate the ZigBee Cluster Library on top of the Thread networking stack. (Also see: ZigBee Remote Control 2.0: Updated standard for radio frequency-based remote controls.)

This step is a move into providing the ZigBee Alliance with a clear IP strategy, and the Thread Group with a standard for application profiles. (Also see: GreenPeak launches GP691, next generation ZigBee radio chip and GPM6000 modules for Internet of Things and Smart Home networks.)

However, it is clear that a lot of work needs to be done to get this all in place, including proper test specifications and certification procedures. Setting out a clear direction for the industry will make life easier for both product and technology providers, in particular in solving challenges that include:

In principle, all the key components are available to build an efficient Internet of Things (IoT) local area networking environment, but to make this secure, power efficient, easy to use (self-install) and cost-effective at the same time will be a challenge.

After this recent announcement of the integration of the ZigBee Cluster Library, the new framework overview looks like this: Lessons learned from the past

GreenPeak has a rich history in WiFi standardization, and if there is one (obvious) lesson learned it is that in communication technology standards working together is essential.

Currently, there are many initiatives in the industry to standardise different elements of IoT communication protocols, but this announcement positions two credible IoT standardisation bodies to provide direction for the first end-to-end protocol, including IEEE 802.15.4 (for the physical layer), IETF 6LoWPAN (for the networking layer) and the ZigBee Cluster Library (for the application layer).

At first glance this may appear as a small step, but in the near future this step could become a key milestone in the development of the IoT and the Smart Home.

Click Here to find out more on the different IoT wireless communication standards.
This white paper provides an overview of the most important contenders around the IoT Wireless Communication Standards, mapped on the ISO layering model, and updated after the recent ZigBee and Thread announcement.