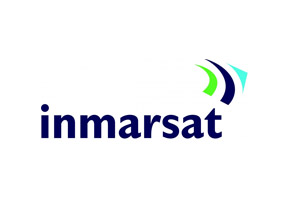 Inmarsat, provider of mobile satellite communications services, is pleased to announce that after extensive testing on Inmarsat-5 F1 from Cobham SATCOM’s facility in Denmark, the Cobham EXPLORER 7100GX (E7100GX) terminal is the vehicle-mounted terminal to receive full type approval for use over the Inmarsat Global Xpress (GX) network.

The E7100GX is an auto-deploy drive-away system that can be easily integrated onto any land-based vehicle, trailer or skid mount. For the media sector in particular, having the ability to quickly mount an antenna on a vehicle is crucial in order to be ready to connect the moment they arrive on the scene. The E7100GX provides the added benefit of Inmarsat’s GX network, providing access to a much higher throughput and the ability to deliver HD broadcast quality output on a global scale.

When time is of the essence, the fully integrated iDirect Core Module and a user-friendly design enables users with little satellite experience to access GX services within minutes. In addition, with a large 1 meter aperture, the E7100GX is designed to deliver higher data rates and perform seamlessly with rigorous media applications such as: real-time video and audio streaming, video conferencing, and high-speed transfers of large data files.

“Today’s announcement is a significant milestone in the GX programme and yet another step forward as we continue rolling out our revolutionary Ka-band network across the globe,” said Greg Ewert, president of Inmarsat Enterprise. “The E7100GX represents a powerful addition to our land terminal catalog and will add significant value for media organisations, as well as government, NGO and energy sectors.”

“EXPLORER GX terminals are designed to make connecting to Global Xpress as easy as setting up an EXPLORER BGAN terminal, so professional users can make the most of Inmarsat’s new cost-effective high throughput service,” said Henrik Noerrelykke, VP Land Business, Cobham SATCOM. “With type approval of the terminal now completed, we are ramping up manufacturing and will be ready to ship by the end of April.”