Home › Blogs › Why do we need more M2M standards? 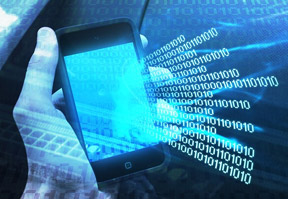 M2M operates in vertical domains: solutions were designed independently and separately for different applications, which inevitably impacts on and even impedes large-scale deployments, i.e. the Internet of Things. Why? Because the IoT is predicated on the ability to enable seamless data and information exchanges between machines, automation and information systems, and software applications and without a common service capability that objective is hard to realise. It’s doable but only on a small scale. Right now it’s the elephant in the IoT room.

M2M and more recently the IoT have been amazingly successful despite the lack of standards (apart from TCP/IP). Different vendors employed different proprietary technology, but that is set to change. To reduce the standardisation gap, which exists between those domains, the ETSI Technical committee has defined an end-to-end service platform that has the requisite intermediate service layer. These are the key components of a horisontal M2M architecture.

The TIA (Telecommunications Industry Association) has published an interesting paper on “Realising the Potential of the Internet of Things” and this organisation knows a thing or two about setting standards. Without them we wouldn’t have a global infrastructure, much less a global cellular network. Right now the TIA is making recommendations to policy makers and it’s also developing a horisontal M2M framework.

The TIA TR-50 Smart Device Communications engineering committee is working on a standard, known somewhat prosaically as TR-50 and they have published several documents that cover: the reference architecture, the communications protocol, and security best practices. In addition, because of the relationship between the TIA and the OneM2M organisation, TIA will ratify the newly OneM2M released specifications documents.

Conclusion: we clearly need more standards in order to realise the gargantuan potential of the IoT. There will be an enormous market for ICT manufacturers, vendors, and suppliers as well as secondary economic effects that will transform daily life worldwide. Not surprisingly, policymakers are taking a much greater interest and are attempting to craft forward-looking laws and regulations that keep pace with innovation – or at least do not hinder it.

It’s a very tall order, but not beyond the wit of man. The prize is there to be won.