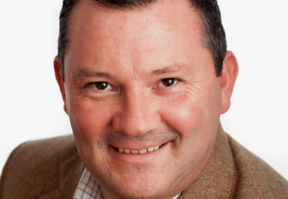 In support of a wider company strategy to develop the design-led technology business, Stadium United Wireless has opened an R&D Centre in Shanghai’s Zhangjiang Hi-Tech Park for the development of wireless ‘machine to machine’ (M2M) products.

The Shanghai Regional Design Centre (RDC) will focus on research and development in Wireless M2M connectivity for global OEM products in automotive, retail, medical and security. Driven by the ‘Internet of Things’ (IoT) that continues to stimulate demand, the M2M space is forecast for high growth.

Tony McFadden, managing director Stadium United Wireless commented: “The Shanghai RDC is an exciting move for Stadium that both strengthens our wireless capabilities and gives us access into new markets. We have recruited a highly experienced team including design engineers and field application engineers, specialised in wireless, RF and M2M technology. The RDC features a working laboratory with the necessary equipment and processes in place to deliver high quality design and test solutions.”

China is one of the fastest growing markets for IoT applications and is forecast to be the largest growth market over the next 5 years with the country set to invest 5 billion yuan ($800 million) into the IoT by 2015. The Ministry of Information and Technology estimates China’s IoT market will hit 500 billion yuan ($80.3 billion) by 2015, then double to 1 trillion yuan ($166 billion) by 2020.

Tony continued: “Stadium’s presence in China, delivered by the new RDC and the existing established manufacturing facility in Dongguan, positions the company to capitalise on a growing market opportunity and expand further into the Asia Pacific market.”

Shanghai is the city by population in China and in the world covering an area of 6,340 km2 with a population over 24 million. Shanghai has the highest average wage and disposable income in China whilst maintaining the lowest urban to rural income gap in China. For these reasons Shanghai has historically been able to attract investment, entrepreneurship and talent which are key to the success of the RDC. Shanghai also has a track record of being an early adopters of new ideas and technology as demonstrated by the Hi-Tech and Research parks around the city.

Zhangjiang Hi-Tech Park has been selected as the location for the RDC office. Zhangjiang Hi-Tech Park covers an area of 120 km² on the Pudong side of the city. It is host to a number of industries including integrated circuits, software, biopharmaceuticals, bankcards, information security, semi-conductor illumination, cultural originality and modern agriculture etc. A significant number of multinationals also have their research and development centres located on this Hi-Tech park (i.e. Infineon, GE, Honeywell, DUPONT, Lenovo, HP etc.). The talent pool in Zhangjiang Hi-Tech Park for electronics engineering and related skills is the best in Asia with a vast pool of experienced skilled doctorates and graduates.

A 210 m² site has been chosen in the Sandhill Plaza complex in close proximity to an MTR station, modern amenities and an eco-system of other Hi-Tech companies in related electronics space. 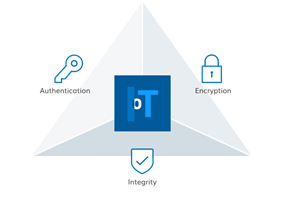 Why 98% of IoT traffic is unencrypted

98 percent of IoT Traffic is unencrypted . When I read that statistic – published by Palo Alto Networks in their Unit 42 2020 Threat report – I should have been shocked, says Mike Nelson,VP of IoT Security at DigiCert.

The newly-formed Orange Ventures MEA Seed Challenge aims to give entrepreneurs in Africa and the Middle East the means to launch and develop their business. This challenge targets seed ventures with high growth potential and predominantly new technologies driven.