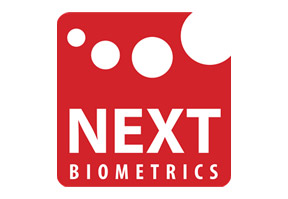 NEXT Biometrics Group ASA, has announced it has received an initial order for 100,000 fingerprint sensors from a design and manufacturing company in the SmartHome segment, with NEXT sensor deliveries to begin in July and completed by November.

NEXT said its new customer targets sales in excess of 1 million units in the first 12 to 18 months after launching the new products later this year, when its name will be made public.

NEXT CEO Tore Etholm-Idsøe said, “After 12 months of design and testing iterations our customer, a design and manufacturing house, moved forward with its first volume order. The application is SmartHome-related and will be distributed by a segment brand name player.“

Etholm-Idsoe added, “This order is significant as it further highlights the potential volumes in these ‘NEXT-enabled’ markets, where our high quality and low cost sensor enables the market itself.“

The CEO of NEXT, the world’s lowest-cost provider of fingerprint sensors, said, “Looking at the fundamentals, technology and market-wise, NEXT Biometrics now has access to a larger combined market than any other player in our industry.“

Sponsored News: In the time of social distancing and pandemic restrictions, technology has become more important than ever to maintain our working productivity and social bonds. In a virtual first, the annual AI+IoT Business Conference (ABC) hosted by the AI+IoT Intelligent Business Alliance will focus on the impact of IoT for the Southeast Asian region.