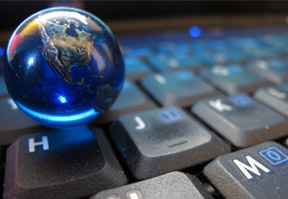 The last few years have seen significant progress made with the development of smart cities and the connected car, with continuing developments in the world of IoT and M2M broadening our horizons daily.

When we think of M2M technologies many, naturally, jump to the most obvious use cases such as smart metering or smart buildings, however, in reality they are much more varied than we could possibly imagine. In fact, the application of M2M technology is almost endless, with the only limit being our imaginations.

To dig a little deeper and broaden our horizons in the IoT landscape even further, Gemalto recently held an #IoTMaker Challenge to try and find out the wider community’s ideas for what they believed would be the next great ‘thing’ in the Internet of Things.

Here are just a few of the ideas people came up with:

Other ideas from the shortlist include: sensors in food courts and restaurants, which show new customers which tables are free, front doors which alert the owner if keys are left in the lock, and hotel rooms which detect the presence of their guests so housekeeping can take place without causing any disturbance.

Ultimately, we haven’t even begun to scratch the surface of what the IoT will make possible. And as more people start to understand the technology and contribute ideas new, as yet unthought-of, applications will to come to light.

The questions then, what else would you like to see in the smart city of the future? Let us know in the comments, and be sure to check out our interview with Jason Mitcheson, our #IoTMaker Challenge winner, and the prototype we built of his idea for a 3G bushfire alert system.