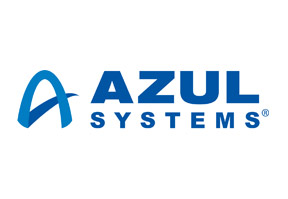 Azul Systems (Azul), has announced its membership in the Eclipse Foundation, bringing over a decade of Java knowledge and expertise to multiple open source community projects. Working collaboratively with other members of the Eclipse community, Azul will provide developers with access and insight Zulu Embedded, Azul’s fully commercialised, 100% open source builds of OpenJDK.

Mike Milinkovich, executive director at the Eclipse Foundation, said: “Azul Systems is 100% focussed on Java and Java runtime technology which supports our objective of establishing a Java platform for IoT, targeted at connecting and managing devices. The expertise it brings to the community will encourage developers to harvest the productivity benefits of Java and accelerate the widespread adoption of the language throughout the IoT.”

Scott Sellers, president and CEO of Azul Systems, said: “We’re delighted to become members of the Eclipse Foundation. As the world’s most popular programming language, Java is a natural fit for developers targeting the plethora of devices and environments across the IoT.  By working closely with the Eclipse community, together we can broaden the use of Java and open source solutions and help accelerate cost-effective innovation across the IoT.”