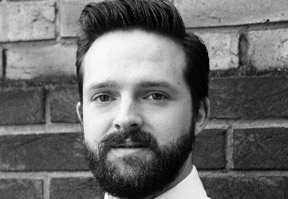 Demand Response – when energy users make voluntary changes to their energy consumption patterns to benefit the system – has been in the spotlight recently as spare capacity in our energy network falls and fears increase over the security of our electricity supply.

Whilst these concerns have increased awareness of Demand Response in the UK, they have also created the perception that it is a temporary – and often highly disruptive – measure designed to meet a short-term capacity crisis over the next few years.

Open Energi believes the opposite; that Demand Response is a game changing and permanent evolution in the way our energy system works that can enable our transition to a zero carbon economy without impacting end users.

Driving this evolution is the IoT.

In the energy market the ability to connect and control assets in real-time from anywhere in the world means that we can finally start to address some of the fundamental inefficiencies created by a system built for peaks.

These peaks only happen for short periods and as a result depending on the time of day between 30% – 40% of the UK’s electricity infrastructure – encompassing both generation capacity and the networks – is underutilised.

If we could flexibly shift demand to flatten these peaks and maximise the use of our current infrastructure we could deliver efficiency gains that would unlock huge savings to consumers. Open Energi’s modelling suggests around 10% of all UK demand can be quickly and predictably shifted without affecting business processes.

Robin Chase, CEO of Zipcar, argues that many of the challenges facing the global economy can be solved with internet driven platforms which exploit excess capacity or inefficiencies in existing infrastructure. A great example is Airbnb. It enables people to advertise a room or property when it is not in use. The wasted asset is your home and the excess capacity is the space you are not using. By creating a user friendly platform and giving homeowners the security they need they have built the biggest hotel chain in the world, surpassing the Intercontinental Group in less than 4 years. They have achieved this without constructing a single thing.

Demand Response does the same thing. It aggregates small amounts of excess capacity in electrical appliances such as pumps, fans and fridges, to create a distributed storage technology. By switching them on or off for a few minutes at a time, this technology can adjust energy demand to meet available supply in real-time without affecting the end user.

Because these assets already exist, it is possible to aggregate up these small amounts of stored energy and build a virtual power station at a fraction of the cost of building a grid scale battery, a pumped hydro system or a new gas or coal-fired plant.

The economics are compelling: The capital cost of building a new peaking power station can be up to £5m per MW; pumped storage hydro £2m per MW and battery systems in the region of £0.5m-£1.8m per MW; aggregating a MW of Demand Response via Open Energi’s Dynamic Demand solution costs around £200,000.

Demand Response is an essential part of the new energy economy. It can enable system-wide change; increasing network efficiency, reducing the cost of wholesale energy, facilitating the introduction of clean energy sources and building a circular economy where productivity is enhanced and energy users are rewarded for taking positive action.