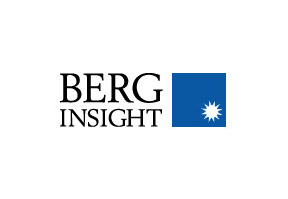 The European insurance telematics market is largely dominated by hardwired aftermarket blackboxes while instead self-install OBD devices represent the vast majority of all active policies in North America. Berg Insight expects a shift towards a greater share of solutions based on smartphones and embedded OEM telematics systems in all markets in the upcoming years.

The nascent insurance telematics market is currently in a phase of strong growth which is expected to accelerate in the coming years. “Europe and North America so far represent the vast majority of all insurance telematics programms and active policies from an international perspective, and the front-running national markets include the US, Italy and the UK”, said Rickard Andersson, senior analyst, Berg Insight. He adds that increasing uptake is expected also in other markets in the coming years. Differentiated telematics offerings are predicted for a broader range of segments, and insurers are increasingly expected to embrace usage-based pricing as well as claims-related insurance telematics and various value-added services. Key influencers that will boost the market include the proliferation of smartphone-based solutions and the connected car trend which pave the way for mass-market deployments. Positive developments are also expected in the field of data ownership and transferability. “Berg Insight anticipates a future scenario where data portability is supported, enabling policyholders to bring their driving data and associated risk scores to a new insurance provider similarly to a credit score”, concluded Mr. Andersson.