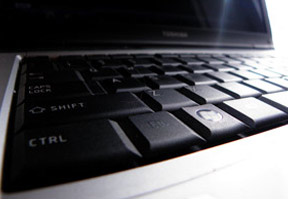 What is your reaction to a technology that is likely to impact economy by $6.2 trillion by the year 2025 as valued by McKinsey Global Institute? Of course I am referring to the “Internet of Things” or “IOT” as it is commonly called. Though 6.2 trillion may be a long shot, the fact is that IOT has huge market potential that is expected to connect anywhere between 20 to 30 billion devices within the next couple of years.

Some of these devices are consumer-focused like smart phones or industrial devices, for example; medical equipment that can communicate in real time with providers  and insurance companies while monitoring patient health, or cars that will stream driving patterns to auto insurance companies, engine and operational details to service centers or prescribe alternative travel routes by reading traffic patterns. While these changes are real and set to completely alter the way we look at business models and use products, they also pose some real technological challenges; especially testing and validating the functional accuracy of such complex, highly interdependent, data intensive and real-time communicating devices.

As different types of devices communicate and simultaneously exchange data, relying on a strong analytics engine and act independent of human intervention, testing and certifying such a complex environment will be a huge challenge for organisations. It is critical to implement a fool-proof test strategy. In order to do this, one must consider certain technology factors , including:

Having carefully considered the above factors, the next important step is to determine the test types. Though no new type of testing is needed, the testing team needs to focus on running different types of tests with varying degrees of detail, in order to reach a decent level of test coverage. Here are some of the common tests that are relevant in the context of IOT.

In summary, while IOT is exciting, it puts a huge responsibility on the testing team. Complexity created by multiple devices, regulations and networks communicating in real-time need a foolproof test strategy. This needs to be supported by a relevant test environment. Testing teams must look at solutions to solve these challenges and have tools to support these tests and frameworks that will be able to run volumes of test automatically and the ability to validate the results.

The writing on the wall is clear, model driven, highly robust automated scripts that can determine what tests to run, based on dynamically changing situations, are needed. Also needed, are solutions to create and manage test environments (something like a TaaS model) that mimic hardware and other devices, as well as a robust test data management solution. Manual testers, with no specialisation or domain knowledge will become redundant unless they reskill themselves with technology and specialisation.