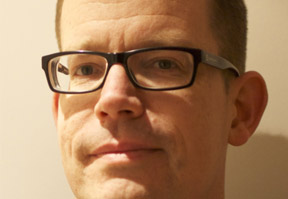 3scale, the API management platform, has announced support of the improved Swagger 2.0 API interface specification at Gluecon. 3scale’s API provider customers can use ActiveDocs to create, preview and edit API specifications using the latest version of the Swagger user interface.

Developers can use ActiveDocs to make test calls against provider APIs and get details on cURL commands needed for testing as well as operations groupings, and support for complex data types including hash, array and custom. Developers can also see which ActiveDocs specs are based on Swagger and if a particular published spec on the developer portal is valid via a “Valid” badge. ActiveDocs is a feature of the 3scale API Management platform, which is available on plans that span free through enterprise.

“At 3scale we use Swagger to help our customers offer better and easier to understand interactive API documentation for their users with ActiveDocs,” said Steven Willmott, CEO at 3scale. “By integrating Swagger into our product’s developer portal we help make the experience simple, fast and delightful for API consumers. We were onboard with Swagger from the start and continue to support and contribute to the standard.”

Swagger is an Open Source Framework that makes API documentation and exploration friendly and easy. It’s a simple, but powerful RESTful representation of an API. With it, developers can learn, play, test and debug every element of an API, as well as more easily develop apps using them.

The Swagger specification, first released 2010, has been the most successful API interface effort to date. Historically, WSDL, WADL, and WADL 2.0 aimed to perform similar tasks but were plagued with complexity and had limited adoption across different programming languages and frameworks.  With its simple yet clear structure, Swagger has broken through programming language barriers to gain adoption where previous efforts fell short.

Amidst the socio-economic disruptions caused by COVID-19, the common cause of finding a solution to the pandemic has brought together individuals, institutions, communities, governments and society at large. Looking at such collaborative initiatives, says CP Gurnani, MD and CEO, Tech Mahindra.