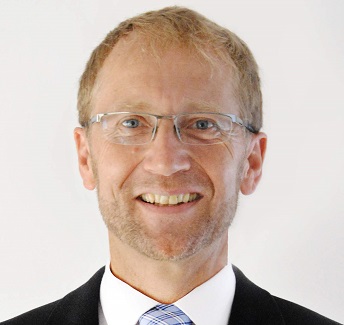 As the Internet of Things (IoT) emerges as a force in industrial environments through initiatives such as Industry 4.0, the challenge of integrating real-time industrial systems is becoming clearer.

Current real-time communication solutions based on a multitude of fieldbuses and their Ethernet derivatives are unable to offer either the standard IP base or the open connectivity that would allow IT features such as analytics software and cloud computing to freely access machine data.

The upshot, says Dr. Markus Plankensteiner of TTTech Computertechnik AG is that, with the advent of industrial IoT, single-purpose control networks using proprietary communication protocols are becoming islands, connected to one another via gateways with limited data access and usability. In the world of IoT and M2M, those who aren’t accessing and using valuable machine data run the risk of being left behind.

In order to take advantage of the improvements in efficiency, uptime and functionality that IoT can deliver, the underlying networks must provide reliable and deterministic M2M and machine-to-cloud connectivity, at prices that only open standards can ensure. In response to the demands for a high-bandwidth, open and standard solution for real-time systems, the IEEE TSN (Time-Sensitive Networking) task group was formed in 2012 and is developing a set of TSN sub-standards in IEEE 802.1.

TTTech is helping to drive the TSN standards and does so from a unique position regarding the time-scheduling of Ethernet. From the original development of SAE AS6802 Time-Triggered Ethernet in 2006 for the NASA Orion spacecraft (launched in 2014), time-scheduled Ethernet has been deployed by TTTech in a range of aerospace, automotive and industrial applications.

Now TTTech is taking an active role to support the standardisation of core mechanisms of this solution in IEEE TSN. These include network-based clock synchronisation, scheduling of critical resources, and redundancy management as a platform service. The inclusion of these features means that time-scheduling capabilities and fully deterministic real-time communication will now be available within the 802 suite of Ethernet standards.

The TSN extension to IEEE 802 Ethernet enables exactly the large scale convergence described in Industrial IoT and Industry 4.0. This is because TSN offers a guarantee that scheduled traffic arrives on time, even when it shares a network with other applications that could otherwise cause disturbance. When critical and non-critical applications share the same communications infrastructure safely and securely, OT (Operational Technology) and IT (Information Technology) are brought together and data access is improved immeasurably. This will enable new business models, cut downtime, simplify system integration, and reduce the cost of maintenance.

As an example; consider a discrete automation plant with multiple robots working on production lines. Today these robots are controlled locally, with limited synchronisation between them, and bottlenecks for data access from beyond the factory floor. Where there is connectivity, it is either done over proprietary networks or via gateways. By removing local control functions or converging non-critical traffic in the same network, one could jeopardise the guarantees for communication of critical messages.

Now consider a TSN connection between these robots. The controls communication is guaranteed across the network even when converged with non-critical traffic, and all robots are synchronised to the same global time. This means that control functions can be shared in real-time between machines and controllers, allowing robot processes to interchange dynamically. Importantly, huge amounts of data from the robots are now also visible to higher layer networks without the need for gateways, enabling Machine as a Service (MaaS) type business models – simultaneously improving service and maintenance from machine builders and lowering capital expenditure for end users.

The author of this blog is Dr. Markus Plankensteiner, director, Industrial Solutions, TTTech Computertechnik AG, Vienna, Austria. www.tttech.com
He can be reached at:  markus.plankensteiner@tttech.com

Dr. Plankensteiner is also a Speaker at next week’s M2M Forum CEE event in Vienna (June 9, 2015). The event is in English and covers M2M and IoT across Central and Eastern Europe, and will be moderated by Jeremy Cowan, editorial director of M2M Now.