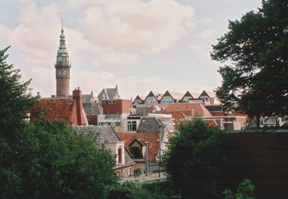 The City of Groningen in the Netherlands signs an agreement with Huawei, the ICT solutions provider, to explore implementing the company’s Smart City concepts. A three party Memorandum of Understanding (MoU) is signed between Huawei, Groningen City Government and the University Medical Center Groningen (one of the largest medical groups in Europe). The MoU is a milestone for all the parties to jointly explore the possibilities of developing Groningen into a Smart City at the conclusion of Huawei’s European Smart City Summit, which was held today in Amsterdam.

“With Smart City solutions, Huawei brings about a Better Connected World and is committed to contributing to the city of Groningen by improving the quality and intelligence of citisens’ lives, and enhancing environmental protection, public safety urban services and business activities,” commented Leon He, president of Huawei Western Europe Enterprise Business.

Huawei has provided Smart City solutions to more than 100 cities in over 40 countries and regions worldwide. In the Netherlands, Groningen is the fourth city, after Amsterdam, The Hague and Tilburg to sign a Smart City MoU with Huawei, and underlines Huawei’s ambition to further digitalise the Netherlands by using innovative communications solutions.

Huawei intends to explore strategic relationships in the northern region of the Netherlands, namely Groningen city and the neighboring area, and “is delighted to have formed a partnership with the local city government and the University Medical Center Groningen for the development of Smart City Groningen, and as part of it, Smart Health Care,” said Mr. Leon He.

Vice mayor of Groningen, Joost van Keulen, sees the collaboration with Huawei as a confirmation of Groningen as a knowledge and innovation city: “Again there is a large foreign ICT company that recognises the many opportunities that our city could provide.”

Professor Folkert Kuipers of the UMCG thinks cooperation with Huawei offers great advantages: “Groningen is already leading in some areas.  This leading position can be further expanded with this global player.”

With increasing connectivity for cities, Huawei has developed multiple technologies for the Smart City concept, such as Smart Government, Safe City, Smart Emergency Command, Smart Hospital, Smart Education, Smart Grid and Smart Tourism. All of these will be explored with the City of Groningen and regional organisations.

Huawei’s Smart City Summit 2015 is held on the day of Amsterdam’s 5th Smart City event, which starts today, Tuesday 2 June, at the Amsterdam Arena, and runs until Friday, 5 June. Huawei has deployed high density wifi network in the Amsterdam ArenA which gives everyone at the stadium full, instant access to content-rich media and allow them to use social networks to share their experiences. The Amsterdam Arena also hosts a Smart City Living Lab built with Huawei’s ICT Infrastructures to provide unprecedented innovations.

Ger Baron, Amsterdam CTO, is a keynote speaker at the Huawei Smart City Summit, which will also be addressed by mayors of Ruesselsheim, Raunheimand and Kelsterbach, as well as Joe So, CTO Industry Solutions of Huawei Enterprise Business.

The Summit also focuses on Smart City networks in the UK and Germany, EU Sustainable Smart City trends, innovative ICT for Smart Cities and Chinese Smart City experiences, and features a tour of the Amsterdam Arena to demonstrate the Huawei technology powering connectivity at the stadium.