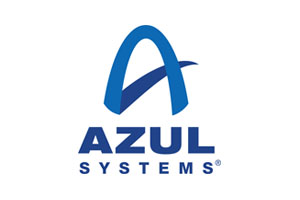 By Matt Schuetze, director of Product Management at Azul Systems

A good question to ask is why have we brought this solution to market? What is the commercial value? To answer this properly, I need to take you back a few years…

I got my first real dip into embedded development in the late ’90s. I was working in defence avionics, specifically in radars. During this era, chips were weird, C was considered a high level language and development utilities were sold only by the chip vendor. Developers needed special debugging circuits and test points to make sure their code worked at all. Calendar time from idea to working prototype to integrated system was clocked in months, releases for product cycles in years or longer. And often someone else did your UI (user interface) console on a workstation, so you had some imposed communication protocol to implement.

Today there is far more universality to programming many embedded devices. The chips are no longer weird: they are low power equivalents of what could suitably drive laptops, desktops, and even servers. The software development facilities are as rich and varied now as for host programming. On-board CPU and memory resources carry more punch, so higher level languages with security and communications baked in become accessible as standard conveniences. And the ability to program, debug, test, and play on embedded targets is easier. Cool ideas can now be implemented on proto-boards without a huge barrier in developer specialty skill and tools, gliding far below the much higher bar reserved only for specialty real time and safety critical applications, and using recognisably common OS, source languages, runtimes, and libraries.

In Iota, embedded devices are only one side of the puzzle. Machines and devices, whether wireless or wired, need gateways to connect to IP networks. Those gateways funnel raw traffic into cloud facing applications, often connected with real-time logic. Funneling many different data streams into intelligent data storage gives rise to analytical views fueling broad perspectives. This back end workload no longer resembles the painfully crafted single purpose system, constrained by point-to-point communication links; it looks more like a modern enterprise application.

It is curious that Java, originally written for chip portability, is gaining traction again in IoT. Java already holds its own in the big data and enterprise analytics end of the workload. The interesting aspect to me is seeing Java reassert itself on gateways and in devices, where low power, long runtime, secure communications, and chip portability are the hallmarks of desired system characteristics. We are at the inflection point where regular Java Standard Edition development can target embedded and mobile processors with very little sacrifice in developer productivity or availability. Coding on devices is not a mystery; rather it’s just coding yet another Java tier in a multitier system.

There is no mystery around Azul Systems credentials in Java – with Zing covering big data and cloud applications, Zulu covering gateways, virtualised hosts, and client components, and now Zulu Embedded tackling devices and communications. Azul brings Java into IoT across the spectrum of form factors and workload compositions.

The near-term goal is to take Zulu Embedded down onto smaller processors, tighter form factors, and eventually into hard micro workloads, which takes me back to my days in avionics. We didn’t have an open Java option then, and seeing the breadth of options today, both from Azul and from the rest of the Java ecosystem, it’s an exciting time for developers in the embedded space. Embedded development was always a whole lot of fun, so doing it in a productive environment like Java means many developers will see working systems come to life faster.