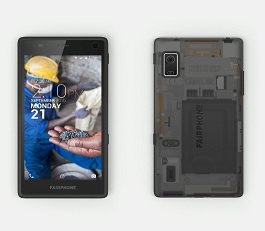 Amsterdam, The Netherlands – Fairphone has released the first images of its new smartphone design, marking the launch of the Fairphone 2. This is the second model developed by the company which aims to create a fairer electronics supply chain through the production of its phones.

Established in 2013, Fairphone has already produced and sold 60,000 first edition Fairphones to buyers who believe that their purchases can contribute to a fairer economy. Their commitment allowed Fairphone to start making a positive impact across the consumer electronics value chain in mining, design, manufacturing and lifecycle.

The company’s first step was to prove that social values and profitability can be combined to change business practices for the better. Thanks to these initial sales and the ongoing support of its community, Fairphone is now poised to increase its impact and influence with the creation of its own original design.

The Fairphone 2 will incorporate and expand upon the initiatives that were started with the first Fairphone, including sourcing conflict-free tin and tantalum from the Democratic Republic of the Congo, investing in a second worker-controlled welfare fund with its new production partner in China and improving the e-waste recycling programme it started in Ghana.

In 2014, Fairphone took a major step in its strategy with the decision to invest in an original design, allowing the company to expand upon its ambitions for fairness. This design approach improves Fairphone’s oversight of its supply chain and ability to increase transparency and positive social impact. This includes better use, control and traceability of materials, the possibility to select and build stronger relationships with individual (second-tier) suppliers, as well as the opportunity to gain more influence over production processes. Designed to last longer and give users more control

The Fairphone 2 features a number of innovations designed to extend the usable life of the phone. In addition to a high quality Full HD 5-inch display, Qualcomm® Snapdragon™ 801 platform and dual SIM capability, the innovative back cover protects the phone without the use of an additional case. Users can easily open the device, remove the battery and explore the different ‘layers’ of the phone. It can also be disassembled to allow owners to repair the most commonly broken parts themselves, including the screen, camera, speaker and receiver.

By combining this unique design with tutorials and the sale of spare parts, Fairphone wants to encourage users to have a deeper relationship with their phones and take more responsibility for keeping them in working condition. In addition, Fairphone plans to collaborate with developers to offer users more choice and control over the operating system.

As part of the product launch, Fairphone has created an interactive page to introduce the first prototype and highlight the elements in the phone that link directly to the company’s ambitions for fairness. The page also includes a list of high-level technical specifications, plus reveals information about the suppliers of the key components.

Pre-orders start this summer; phones expected to ship in autumn

In the coming months, Fairphone will continue to release additional information about the new phone, including a cost breakdown and an expanded list of suppliers. The company will once again use a pre-order model for the initial months of sales, asking customers to pay for their phones in advance to help finance production and ensure Fairphone’s independence.

Pre-orders start this summer, with the first phones expected to ship to owners in the autumn. The retail price will be €525, including VAT. For the duration of 2015, the phones will only be available in Europe. Those wishing to receive the latest information about the phone and the pre-order process are invited to subscribe to the Fairphone 2 interest list. To date, over 50,000 community members have already signed up to show their interest in the new phone. 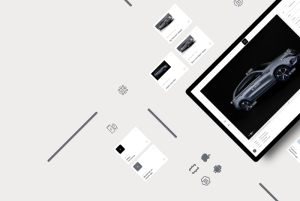 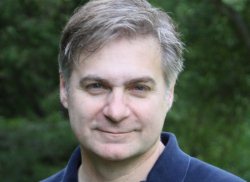 Tantalum Corporation, signs up Bristol Waste Company and the University of Oxford to take part in Air.Car trial
Read More
510 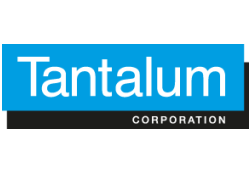 Industry experts, global players and start-ups line up for 7th Future of Wire...
Next