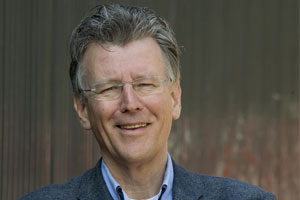 The new GP712 for gateways and set-top boxes makes IoT solutions future-proof, at no additional cost

As ZigBee is the dominant communication technology for wireless sensor networks and Thread will quickly become a prevailing player in the same IoT communication space, application developers and device manufacturers need a future-proof solution that can combine both communication protocols for connected home applications. The GP712 will enable devices to support multiple protocols in normal operation, or to create a single SKU (stock keeping unit) that determines the type of protocol used in the consumer’s home at the time of installation instead of as a factory selection.

In 2013, GreenPeak was the first to supply a multi-protocol solution, the industry’s first single radio multi-protocol chip for set-top boxes and gateways. Today, with the launch of the GP712, GreenPeak adds its patented multi-channel receive feature that allows simultaneous listening for both ZigBee and Thread packets using a single radio. This is a major cost reduction for designing future-proof set-top boxes or gateways. Furthermore, GreenPeak has improved its frequency agility mechanism to provide enhanced co-existence of the various applications with other 2.4GHz wireless communication systems. In combination with GreenPeak’s market proven and patented antenna diversity solution to further optimise the received signal quality, GreenPeak has again created a robust solution in the market today. The GP712 comes in a small footprint 24-pins QFN package, making it well-suited for low-cost PCB design rules in price sensitive applications.

“Both ZigBee and Thread will be dominant in the Smart Home and IoT” says Cees Links, founder and CEO of GreenPeak Technologies. “In order to support both communication technologies, the new GreenPeak GP712 supports the two protocols in a single QFN package thereby offering a future-proof, low-cost, small footprint, single chip solution. Our next generation GP712 radio chip provides the industry’s best multi-channel and multi-protocol solution for concurrent, transparent and complimentary ZigBee and Thread network application processing, all in the same design, at no extra cost. ”

“There has been a lot of hype surrounding the IoT, but that doesn’t mean the potential isn’t real,” says Lee Ratliff, Principal Analyst at IHS Inc., a global market intelligence firm. “Trends in connectivity will result in tens of billions of new connected devices in the coming decade. One thing that is clear is that multiple protocols will co-exist in markets such as the Smart Home and manufacturers must have a plan for multi-protocol environments. Silicon providers that offer a smart and integrated solution to support both communication protocols allow their customers to keep all future options open, without compromising on price, reliability or market positioning.”

Access Partnership, a global public policy firm for the tech sector, today released a report into global approaches to COVID-19 contact tracing. “Digital Contact Tracing: A Comparative Global Study” provides an overview of how tech-enabled countries have approached the use of digital contact tracing to stalk and defeat COVID-19.