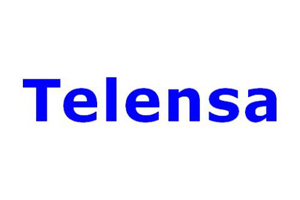 Cities have to be resilient, ever-evolving places for trade and the smart use of IoT technologies can help cities maximise their economies of scale. Urban living may encompass 86% of the developed world, and 64% of the developing world by 2050 and about a million people are added each week to the world’s cities.

Andrew Brown, executive director of Enterprise and IoT Research at Strategy Analytics recently spoke with Will Gibson, CEO of Telensa, a company at the forefront of using low-power radio in rapidly growing areas such as smart lighting and smart parking, about the role his company is playing in creating smarter cities and what the longer term future holds.

AB: Will, can you give us an overview of Telensa’s approach to IoT, both in terms of its product portfolio and its wider business strategy?

WG: Telensa’s Ultra Narrow Band (UNB) radio system was originally developed 18 years ago and, after several generations of enhancements, has now become one of the most widely adopted technologies for IoT. Radio coverage is similar to cellular, but its network costs are 100 times lower and battery life is measured in years. These make it ideal for many applications in which high numbers of devices over large areas are connected. Over nine million devices using UNB have been shipped for tracking, smart metering, smart lighting and smart parking.

Our business model has a simple, customer orientated goal: ensure that applications can be delivered at the lowest cost, with the highest reliability and with confidence that the network will be available for decades. This involves designing and delivering complete turnkey solutions. So, if a city wants to lower energy costs, we deliver a complete smart lighting control system utilising our lighting controllers, basestations, a hosted cloud service and user interfaces as shown in Figure 1.

This approach contrasts with other players who have complicated chains of device manufacturers, network suppliers, network operators, application developers and service providers. Customers are reliant on these value chains staying intact for ongoing support. Who do you turn to for help when a system involving multiple parties goes wrong?

Telensa is now the leading provider of smart lighting control systems worldwide, enabling us to expand successfully into new applications, such as our smart parking solution, that are integrated into a single low cost network.

Beyond this, we’re also expanding into new consumer-orientated areas with a mix of products that will be sold directly to consumers, as well as innovative services that weren’t envisaged even a few years ago.

AB: At Strategy Analytics, we estimate urban ICT revenues for smart cities services could reach almost $1 trillion globally by 2022. How significant is the opportunity for smart cities in your opinion, and how much of that market can you capture?

WG: We agree with your analysis on market size.  Within this, most analysts recognise street lighting as the leading early application and, given its distributed physical layout, it’s seen as a key enabler towards further smart city applications. We are already global leaders in this application area with more lights connected to our systems than GE and Philips combined. Our lighting networks span Europe, US, Brazil, Australia and New Zealand.

Increasingly, smart parking is identified as the next most attractive application and our solution here is being deployed in the world’s largest on-street parking monitoring system in Moscow, and is rapidly expanding to new cities every month.

However, one barrier to the market reaching its full potential is too many players trying to take money out of the value chain. It’s pretty clear that applications won’t succeed if the price point isn’t right. The solutions to many smart city problem are simple – but are in danger of being strangled by complex value chains. This is why Telensa provides complete end-to- end, large scale systems that provide measurable benefits today at a fraction of the cost of traditional networks. The scope of our complete solution is shown in Figure 2.  Combined with our commitment to open standards, we aim to maintain our position as one of the leading global players in the market.

AB: Low-power wide area networks are a very hot topic right now as compared to traditional cellular platforms, with costs measured in pounds per year rather than pounds per month. Can you tell us more about your UNB specification?

WG: UNB requires complex engineering but achieves something very simple. Sensing and control applications only need to communicate small amounts of data and, by sending these over very low bandwidth channels, we can reduce the power needed for a given range.  Figure 3 gives a comparison with other systems.

Power levels used in UNB are thousands of times lower than cellular, translating directly into low cost and long battery life. Further battery life enhancements are achieved through an efficient bi-directional protocol. Also, given UNB’s long range, even in an urban context, the actual network infrastructure needed is modest. In Birmingham in the UK, we currently control 100,000 street lights with 33 base stations, each about the size of a laptop so they can be installed on street furniture such as lighting columns easily and quickly. A UNB network for a city of 1 million people costs less than £100,000 and can be installed in one week.

AB: How does your UNB technology – pivotal to Telensa’s solution – differ from offerings such as SIGFOX or the LoRa Alliance?

WG: We are waiting to see deployments at scale from these newer players, so can’t really comment on them as fully rolled out systems. At a single device level we all achieve similar range as we are bound by the same laws of physics, but it’s the reliability and capacity to support millions of devices at low cost that are key.

As already mentioned, as a fully bi-directional technology our solution has clear benefits in terms of battery life.  For example, a consumer tracking device connected to a Telensa network will have a year’s battery life which is not possible with other systems.

We are not a competitor to LoRA as that is a proprietary technology controlled by a single semiconductor company rather than a system solution. They have a complex implementation but have developed a custom IC that is easy to adopt for small scale deployments, so we expect to see a number of vendors adopt their chips.  However, spread spectrum, their underlying technology, is recognised to have challenges in terms of its dynamic range and so is not suitable for large scale deployments.

SIGFOX is not necessarily a competitor, and in fact we are working with them to standardise narrow band technology. However, SIGFOX is a network operator rather than a complete solution provider like Telensa. In low margin applications, such as smart street lighting, we don’t believe that the value chain supports the extra cost of a network operator layer.  In higher value applications such as parking, we believe that the value is in the service that is provided to the end user, rather than in just the connectivity. Time will tell which business model is better, although we expect there to be space for both.

By providing complete solutions we can cover the lowest margin applications and use the scale of these systems to provide higher value applications at a lower cost than would otherwise be possible.

AB: Partnerships are critical to the success of many IoT projects. Can you tell us about your ecosystem partners and what role they play in your offering?

WG: Local partners who understand applications and the real needs of the end user are critical. Using partners who simply build out networks and assume that users will follow wouldn’t work.  For example, smart parking in Moscow is driven by a need to reduce congestion; in China there is a need to audit parking attendants; whereas in the UK it is simply about cost savings. Local radio network operators would not spend time understanding the implications of these different requirements.

Our partners spend their time understanding the real drivers behind each of the application markets, build up local sales channels, and then work with us to develop a business case for the end customer.  We continue the engagement through delivery and afterwards to ensure that the overall solution meets the customer’s needs.

Whilst we try and ship standard products, diverse local requirements often lead us to enhance our solutions to meet local needs. This has helped us succeed across a wide set of countries and made sure that our UNB technology is truly global. Telensa’s solution is currently the only low-power wide area technology that can be deployed on a global basis.

AB: What are the greatest barriers to growth for smart city applications and what challenges do you see in areas where you’re highly active – such as smart street lighting and parking?

WG: We believe that the true potential of smart cities depends on three factors:

The value of smart street lighting is well understood and our biggest challenge now is in meeting a rapidly expanding geographical footprint. Smart parking is accelerating and we have developed a number of enhancements which radically change the finances of on-street parking so that the business case for these systems is clear for the first time.  An overview of our smart parking system is shown in Figure 4.

AB: What are your plans for expansion? Are there other areas that you think may benefit from your approach to the IoT?

WG: We are actively expanding on several fronts and we are recruiting in a number of areas to achieve this.