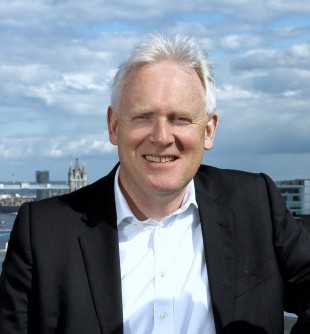 It’s official – we don’t need 5G, or at least not anytime soon and not as narrowly defined. That’s according to delegates at the recent CW Future of Wireless International Conference in London who took part in the closing Cambridge Debate focused on the question, ‘Do we need 5G?’

“The lively debate encapsulated the positive mood of the conference and need for rapid progress to support the next generation of wireless services,” said Bob Driver, CEO of Cambridge Wireless (CW), the network for companies involved in the development and application of wireless technologies. “However, the vote against 5G reflected a strong feeling that 5G and future of wireless connectivity in general, was so vital to every industry sector, and every citizen, that the development needed to embrace a wider constituency. It was clear that there is a need to consider the wider business models necessary to lead the industry, rather than only focusing on the technologies.”

Chaired by Bob Schukai, head of Advanced Product Innovation at Thomson Reuters, the debate focused on the current definition of 5G requirements as stated by the leading operator trade associations: “5G is the next generation of mobile carrier incubated radio access network technologies that will be ready for early service adopters by 2020“.

Howard Benn, head of Standards and Industrial Affairs at Samsung Electronics Research Institute spoke for the motion in support of 5G and was challenged by Tony Milbourn, VP Strategy of u-blox.

“We have benefited hugely from standards,” said Tony Milbourn. “2G built a momentum big enough to justify significant R&D, which in turn drove down costs to make the market big enough for more R&D, and so on.  But the standards-making machine has now moved to a point where it is defining things beyond the needs of the consumer. Essentially, it is like washing machines; there is a rapid growth in the supply of washing machines before everybody has one, but once people can wash their clothes easily it becomes a replacement market, where the differentiation is the colour of the knobs. Consumer cellular is at this point.  The area for investment is coverage, not yet another standard that sucks capital out of operators and delivers something that consumers don’t need.”

However, Milbourn added that his argument does not apply to M2M or IoT. “For a new connected world we do need new standards, urgently,” he told the audience at Arsenal FC’s Emirates Stadium.

Speaking in defence of 5G, Howard Benn started by reflecting back to 1994 and the rapid market take up for GSM, driven by a basic need to communicate. “We are communicating very differently now, from voice and text to photos and video – driven by internet players and the move to mobile apps,” said Benn. “It is clear that data volumes will continue to grow and 5G offers the capacity and flexibility to handle a few bits to control a thermostat to the high bandwidth need for a full QoS (quality of service) video session. It will also offer a flexible air interface and network splicing.”

“In short, we need 5G because history tells us that we can’t predict what services will be popular from 2020 to 2030 so we need a super-efficient and super-flexible system to cover all bases,” concluded Benn.

“Whether you believe we need 5G  for the next generation of wireless services or not, it is without question that the world has embraced the power of mobile technology at levels we could never have dreamed of 10 or 15 years ago,”  commented chair of the debate, Bob Schukai from Thomson Reuters.

“Less than a billion people were online as we entered the 21st century; by 2020 this figure will be four billion – largely in line with the predicted four billion smartphones in use by then.  Our insatiable appetite to consume content on a variety of screens means that we have a responsibility to think about the infrastructure needed to support this level of data consumption with speed and security across wearable devices, cars, phones, computers and sensors — in fact, anything that needs a connection to the wireless infrastructure,” Schukai added.

The debate generated a wide range of comments from the floor, from the need for a wider field of influence into 5G standards to concerns about the ‘technical debt’ of the industry, including the burdens of intellectual property rights (IPR) and standards.

“At this stage, I don’t know what 5G isn’t,” said Moray Rumney, lead technologist at Keysight Technologies. “But, I believe we could use it as an excuse to make a commitment to the country and roll out blanket coverage to change the way people do things. Look at what GSM did for mobile broadband. That’s the blueprint we should look at for 5G.”

Organised by Cambridge Wireless, an industry network with over 400 members, the 7th Future of Wireless International Conference focused on disruption and change facing the wireless industry with five specialist track sessions covering wireless urban design, spectrum allocation, the issues around Internet protocol stack redesign, as well as a potential shake up of the semiconductor and network infrastructure industries. The Innovation Hothouse saw UK and international start-ups exhibit an impressive array of technologies, apps, solutions and gadgets.

For more information on the Future of Wireless International
Conference and copies of presentations posted after the event visit:
http://www.cambridgewireless.co.uk/futureofwireless/default.aspx