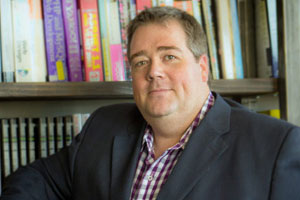 The global epicenter of low-power, wide-area connectivity saw a lot of action last week with the LoRa Alliance’s second membership meeting starting Thursday in Paris. Why call France the epicenter of this important new technology for the Internet of things? Take a look at recent events:

French startup Actility just secured $25 million in its current round of funding not long after another French contender, SIGFOX, closed on its latest round, including investment from Samsung. In that deal, the Korean tech giant adds SIGFOX as a partner and will equip its ARTIK developer kit with SIGFOX-enabled hardware chips, compatible with the SIGFOX ultra-narrow band low power wide area network.

Actility, which was founded in 2010, and its main platform, Thingpark, operates on a LoRaWAN-based network meant to provide low-cost connectivity to low-power devices. The Thingpark platform, which provides two-way communication and enhanced capacity over ultra-narrow band communications, is ideal for smart energy management, smart agriculture, smart cities, manufacturing, remote home monitoring and control, as well as smart building projects. It utilizes a long-range bi-directional low power network that provides optimized radio coverage, connects to apps or to the Thingpark Cloud, and can customize SLAs for specified vertical applications.

Actility’s round closed this month with help from some large players, such as France’s Orange, Foxconn and Swisscom. This is especially interesting for Foxconn and Orange, as both companies are pushing to enter the IoT space pretty heavily.

Orange, like other carriers looking forward to finding a foothold within the growing IoT marketplace, both in and outside Europe, the move demonstrates a desire to get more into the development of IoT services — potentially moving beyond pure network provision to systems integration as well. Orange’s Deputy CEO, Pierre Louette, recently told TechCrunch that Actility’s approach to IoT and its network, “clearly corresponds to the ambition of Orange Digital Ventures to invest in actors that are developing innovative digital services that…answer the changing desires and needs of our customers.”

In fact, it was Bouygues Telecom, another French company, who rolled out the world’s first LoRaWAN-based IoT network this past spring. And with 1/3 of sponsor members and nearly 1/3 of total members headquartered in France, it is no wonder the Alliance has chosen Paris for last week’s meeting.

Innovative low-power, wide-area network options generating a lot of buzz within the IoT markets in large part due to their ability to address two key obstacles to IoT adoption to date: power management and cost. Compared to cellular networks, the latest technology coming out of France and elsewhere (particular nods to Cambridge, U.K., the Nordics, Germany and the U.S.) cost pennies on the dollar both to deploy and to operate. Moreover, for certain applications like utilities, devices must be able to operate on a single charge for years at a time — a function previously unattainable. Plus, they offer the uniquely secure opportunity for large enterprises to affordably deploy their own private networks for critical sites like oil refineries, high-value IP manufacturing facilities and the like, which are both more costly and less easily controlled and managed using public infrastructure. All of which will become even more important as more cities become “smart” and need to establish connected infrastructure quickly, securely and efficiently.

James Brehm, founder and Chief Technology Evangelist of James Brehm & Associates – a market advisory and consultancy focused on Machine-to-Machine (M2M) technologies and the Internet of Things (IoT), is a regular speaker at industry conferences and one of the leading voices in IoT and M2M today