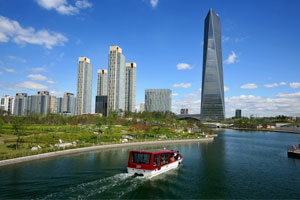 What is the state of the Smart Cities market? As an analyst, that’s a question I am asked a lot. And it’s an answer I try to avoid…like the plague.

Well, I recently moderated a panel on Smart Cities at Informa’s IoT World conference in San Francisco. Joining me on the panel were a mixture of vendors, service providers, consultants and even the CTO of Los Angeles. After asking each panelist to introduce themselves and what the theme of the panel Using Big Data and Analytics to Drive the Smart City meant to them, I began the panel with the statement; “there is no such thing as a smart city. Cities are inherently stupid. The infrastructure – most of it is old. It was never intended to be networked. And the things that need monitoring the most are dumb.”

“There are no smart cities, only Smart Silos.”

I know the statement is not one of the more popular sentiments being shared by industry analysts in the space today, however let’s let the facts speak for themselves.

First, what is the definition of the smart city?

Well, if I go to the Smart Cities Council, they make the following statement. “The smart city sector is still in the “I know it when I see it” phase, without a universally agreed definition.”

And as Cisco’s Falconer and Mitchell proposed in 2012, smart cities are ones which address challenges through the: “adoption of scalable solutions that take advantage of information and communication technologies (ICT) to increase efficiencies, reduce costs, and improve the quality of life.”

Me, I like metrics. While Deming said “You cannot manage what you cannot measure”, I am of the belief, if you cannot measure it, it doesn’t matter. So I always look at things with a “mathematical mind” and look for things that can be measured.

So what are we really talking about with respect to Smart Cities?

Plumbing has been around since man built the first aqueducts. And we’re still trying to measure water pressure and flow, and see where water escapes us.

The electrical part of the smart city still uses the grid of Edison and Tesla a hundred years ago.

If the “smart car” concept still has not touched 95% of vehicles, how can smart transportation be measured as part of the “smart city”?

And are carcinogens such as asbestos, lead paint flakes, and exhaust fumes that we need to measure through air quality sensors be seen as “smart”?

While “smart cities” is a utopian concept that will never fully materialize, I’m glad we’re using IOT to try to achieve benefits for mankind.

On my panel at IoT World, when I asked the question, if we all came together two years from now and did this panel all over again, what would we be talking about? Ken Lowe from Gemalto summed up what I’ve been thinking about IoT for quite some time.