Home › Blogs › A one-word description of the Enterprise Internet of Things: Deliberate 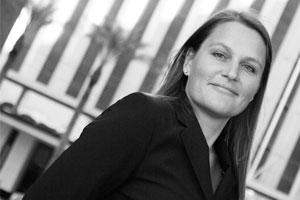 With the buzz surrounding the Internet of Things (IoT), one might think that everything from sneakers to servers is now connected in a seamless fashion. In the world of consumer technology, this capability isn’t too far from the truth, with near ubiquitous Wi-Fi and an increasing emphasis on social shareability of even the most mundane of tasks.

But, says Karen Farmer of Red Hat, for enterprise IoT, changes aren’t as simple, the information lifecycle is more complex and IoT’s impact can be transformational.  So much like every other significant technology decision, enterprises are being deliberate when it comes to implementing IoT solutions.

This is according to a recent Red Hat survey, ranging from Fortune 500 companies to state and local governments. Conducted by TechValidate, the survey showed that only 12 percent of respondents are currently in the process of rolling out an IoT solution. Far from being a negative, this mirrors the typical enterprise adoption of new technologies, with project roll-outs often taking far longer than they may in smaller organisations or in the consumer world. This timeline can sometimes be sped up with the right technology, as IT decision-makers and buyers will often hold on project implementations until they know for sure that a given product will meet their needs, both for the short term and the future; IoT is no different.

This does not mean, however, that there is no interest in IoT at the enterprise level – 43% of respondents feel that IoT is immediately important to their business, and 46 percent of respondents are currently working with IoT in some regard, whether exploring/evaluating the technologies or experimenting and prototyping. And there is value seen in enterprise IoT, even from IT departments that have not yet kicked off projects, particularly when it comes to operations improvements (65 percent of respondents) and process optimization (51% of respondents).

As for technology drivers behind IoT, it’s no surprise that open source is the workhorse of choice among survey respondents. 86% of respondents pointed out that open source would play a role in their IoT projects, falling in line with open source’s history of being a catalyst for enterprise innovation, from cloud computing to containers.

While this survey shows that enterprise IoT is behind the consumer world in the hype cycle, it’s important to note that this is not due to a lack of interest or understanding of IoT’s benefits. Rather, it’s another symptom of enterprises being thorough with technology buying decisions, as well as actual implementations.

This emphasis on deliberate, measured implementations mirrors Red Hat’s role within IoT – our IoT-ready solutions, from Red Hat Enterprise Linux to our Red Hat JBoss Middleware and Red Hat Storage portfolios, are proven, reliable, and secure, and give enterprises a familiar choice when they’re ready to explore the new world of the Internet of Things.