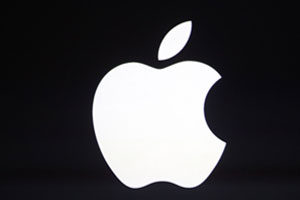 The report found nearly half of consumers aware of IoT devices on the market are most familiar with Apple’s IoT devices (48%), while surprisingly only 13 percent are most familiar with Google’s connected devices. Rounding this ranking are Samsung (22%) and Amazon (15%). Beyond familiarity, regarding purchase preference, one in four consumers noting a top preference of an IoT brand most prefer Apple (29%), whereas nearly one in five prefer Samsung (19%), 14 percent Google and 10 percent Amazon. However, one in four consumers lack a clear preference of any brand’s IoT device.

Apple IoT products have not only effectively captured the attention of Millennials who are plugged into the IoT space (47%), but have also gained significant attention of those aged 35 – 54 (48%) and 55+ (48%). Such Apple preference shows a variety of consumers could be more aware of wearable devices like Apple Watch, rather than IoT devices used in smart home applications like Amazon Echo and Google Nest.

“Although Apple is the most recognised name, consumers lack a clear understanding of IoT devices currently available and the benefits provided by each,” said Daniel Collins, Chief Data Officer, ThroughTek. “This leaves an opportunity for brands in the industry to focus on consumer education in order to increase visibility and help gain insight into user needs.”

Additional key findings from the report include:

“Consumers are clearly concerned with data collection from IoT devices,” said Collins. “To address this, companies in the IoT have a responsibility to ensure consumers are comfortable with the data collected by their devices and that an appropriate level of anonymity is maintained.”