Home › Blogs › Internet of Things is about to hit shore? Not so fast. 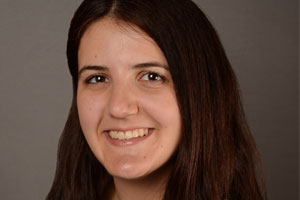 How often have you come across articles with flashy headlines such as: “How to make your car, home, and life smarter with IoT?” It would appear that following the period of Big Data’s relentless hype, IoT has firmly shown up on the radar, indeed my all-time favorite is “Daisy goes disruptive with wearable tech for cows.” Well, whether you read such articles or not, and whether you are ready or not, get ready folks as the torrent of data has only just begun!

When I think of the term Internet of Things, I imagine a data tsunami about to hit shore.  So if we thought that we had data issues before, well, with the arrival of IoT, things are about to get crazier.

We cannot deny IoT’s prevalence; early adopters lie among the industrial machinery, telecommunications, automotive, electronics and aerospace industries and yet IoT is anticipated to have a broad and far reaching impact in almost all sectors of both commerce and daily lives. By 2020, it is projected that there will be in excess of 26 billion connected devices, 7 times more than human beings on earth. Gartner anticipates further that the total economic value-add the IoT brings along by 2020 will reach $ 1.9 trillion worldwide.

Many think of IoT just in the area of sensors, where tasks are  completed automatically while we are busy with other activities. Think of automated actions such as turning the lights on and off, opening and shutting doors and windows, starting the fridge’s defrosting process, and knowing when you are about to run out of eggs. These are just small examples of what the IoT concept embraces. However the incessant data streams combine a much greater story.

What’s in it for me?

Visualising a world in which almost every object out there can seamlessly  communicate with one another over the Internet is not far out of reach. Amazon has done a great job in introducing the concept through its new assist tech called ‘Echo’ or its Dash Button. Place it, press it, get it and never run out of your household groceries again was the idea behind the Dash Button. IoT sounds simple and for many it holds a staggering potential of driving fundamental economic and social change in the upcoming future.

Not far from now, you might not need the city’s local services to come and empty your trash can that often. As weird as it might sound, a smart trash can compact the trash on its own and inform the services when it’s full. Another huge relief would be for mums all over the world when they can be reassured by obtaining real-time information on their baby’s complete health condition just via a click on their mimo.

This takes us back to 1999, where the avid journalist Neil Gross stated that “In the next century, planet earth will don an electronic skin. It will use the Internet as a scaffold to support and transmit its sensations.” 16 years later, we are slowly witnessing the Internet’s footprint in the fields of the humans’ health, home, city, industry and environment.

Does it concern me as a marketer?

It most likely will. To begin with, IoT generates more awareness veneer when it comes to data. This is great news for you, since this innovation’s fostering has made it more possible to rely on concrete data rather than luck when targeting customers. The massive amount of data now available can truly lead to vast treasure trove of information once it reaches the right touch point at the right time.

Hang on though: there are two sides to the IoT coin!

All the aforementioned points sound great and often jaw-dropping. Yet, as the technology guru Ray Kurzweil mentions, “technology is a double-edged sword, every technology has its promise and peril.” The other side of the IoT’s coin entails challenges, which players often encounter during the process of investing their time and energy to stream data from thousands of sensors out there. A key aspect of the problem is the extremely large amounts of heterogeneous, disparate data that is and will be generated by the plethora of devices and sensors. The challenge is to be able to devise solutions that can effectively manage the “data pipeline” at scale: this is a processing continuum that starts with initial data capture and proceeds to gathering, storing, processing, analysing and onward downstream use to deliver business value. This is why companies must look for a tailored, scalable analytic database solution that is designed for the IoT world and provides an efficient and effective means to achieve the storage goal for the management and processing of what has become to be known as “Big Data”.

How far is the safety aspect addressed throughout the device lifecycle?

While many might argue that there is a huge chance of misuse of data owned, the Misfit Wearable’s data scientist views things in a slightly different manner. “It is no longer about who owns the data, it is about control and about deciding who gets access to my data.” In today’s world, data equates to money and the room for hacking the infrastructure might elevate as the IoT connectivity increases. IoT security is one of the first buzzwords that come up when focusing on the challenges, which inevitably arise from managing the massive amount of data associated with the tsunami of connected sensors, actuators and software.

IoT presents a significant opportunity for companies to transform their business processes. Today, analytics is used to make sense of data that is be created, and can be divided into descriptive, diagnostic, predictive, and prescriptive among hundreds of industries. One example that caught my attention tackles the rise of agriculture 3.0.  It is most probably not the first business that comes to mind when thinking of IoT. Data-driven farming has become a reality due the availability of weather and sensor data which is now at the fingertips of farmers. This has led to an upsurge in yields and more targeted use of irrigation schemes. The wider recognition of IoT in agriculture may just help to  overcome the forecasted challenge of feeding the world’s population, where it is estimated that the world’s population will reach 9.5 billion inhabitants by 2050, and a 70% increase in food production  will be required. That supports the fundamental argument in which IoT might affect how food and drink are grown.

The Internet of Things might be called hype by some, an opportunity for a better or lazier humanity by others, or just another way to make money. Views clearly differ, but there is one thing that is certain today: we have arrived in the era of automation, and IoT is the biggest disruptive technology taking place right now. I believe it is much more than just a smart fridge, car or jacket. IoT embraces the chance to focus on much complex and sustainable projects for mankind. My remaining question is how big it is really going to be and what would the footprint of machine-to-machine communication bring to a safer, healthier and a “smarter” lifestyle?