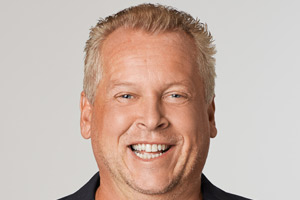 The Internet of Things (IoT) is making huge waves in the world as we know it. Near enough every device we own – from our phones to our cars; our thermostats to our tablets, now boasts some form of online connectivity.

This is all with a view to making our lives easier, and allowing us to better exercise the way we communicate with the world around us. However, there is still one fundamental flaw in the IoT revolution: the fact that IoT devices, typically speaking, struggle to talk to each other.

Lack of identity
Why? Because these devices rarely have their own digital identities. As people, our identity is fundamental to who we are – without it, we would be indistinguishable. So why does the same theory not apply to connected devices, especially with over 4.9 billion currently part of the IoT (and it’s only rising – to an estimated 25 billion by 2025)?

Luckily, this is changing. Now, thanks to the increase of digital management technology, these devices can claim their own identity in the vast world of the IoT. This means they can recognise, interact and establish digital relationships with other digital identities; between users and connected things; and between the things themselves. Tomorrow’s smart city, today
Using identity driven IoT on a citywide scale can do more than just make people’s lives easier, it can save them. For instance – imagine a connected city with a major storm heading towards it. The disaster early warning system would automatically send an encrypted message to the city’s emergency response units to alert them of the danger. With the identity of the warning system quickly authenticated, pre-approved emergency plans could be rolled out immediately. Roads and bridges could be closed, emergency services dispatched, buildings evacuated and lives ultimately saved, all within minutes of the initial signal. Connected traffic systems could also be used to map out the best route for the emergency services and traffic lights automatically changed as they approach to ensure they get to their destination as fast as possible.

This example illustrates the effect digital identity can have at each stage of an emergency response. A complex manual operation becomes fast, smooth and potentially life saving.

Everyday life
Digital identity can also change the way citizens live their day-to-day lives, particularly in areas such as travel and logistics. For example, smart parking systems can ease queues into car parks by monitoring parking levels throughout a specific area and alerting nearby drivers of available spaces via an in-car notification system. The same smart system could even use GPS or automatic number plate recognition to monitor the duration of a specific car’s stay in the car park, automatically charging the driver via a pre-registered account when they leave.

On an even larger scale, city planners can monitor heavy pinch-points of traffic, using the data to accurately plan future road developments that would ease existing issues.

The importance of identity
Identity has the power to fundamentally change the way we interact with the cities we live in. For citizens, this will mean efficient new services that improve almost every aspect of their lives. Smart cities are slowly starting to gather momentum around the world and as they do so, expect to see identity at the forefront.

This blog is by Lasse Andresen, CTO, ForgeRock

About Lasse
A powerhouse of tireless can-do enthusiasm, Lasse brings a unique blend of business, technical and people skills to ForgeRock. His 20+ years of experience in the software industry includes leadership roles at both Sun Microsystems (he served as CTO for Sun Central and Northern Europe) and Texas Instruments. Lasse was also the co-founder and CTO of Gravityrock. Lasse’s passion and vision for entrepreneurship ensures ForgeRock is always ready to execute and deliver. Did we mention he also used to play the keyboard in a band?