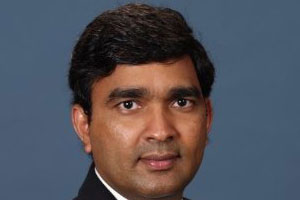 Redpine Signals has launched what it describes as, “the world’s first comprehensive IoT platform for device makers – the WyzBee platform – that includes a flexible hardware platform, development environment and cloud software and services framework”.

The WyzBee IoT (Internet of Things) platform is said to significantly reduce the time it takes to develop and bring to market new IoT devices by providing integrated sensing, computing, communicating, power management, cloud and application support. Redpine Signals is also accelerating IoT device development by providing a broad portfolio of Things profiles to developers like sensor, audio, GPS, GSM/GPRS and many more.

“With the new WyzBee platform, we are removing multiple layers of complexity and cost in product development while giving product and application developers everything they need in a compact solution to jumpstart their IoT device or application,” said Venkat Mattela, chief executive officer of Redpine Signals. “Redpine Signals doesn’t just want to enable the Internet of Things, we want to unify the IoT maker process from product development to the customized cloud and application software.”

The WyzBee THING expansion headers accommodate a host of other symbiotic devices, with a number of peripherals – called ‘Things’ – already available from Redpine including audio, GSM, GPS, capacitive touch display, rechargeable battery, and additional sensors. Application development is supported with a choice of development environments – IAR, Keil, and the free CoIDE from CooCox.

The WyzBee platform is supported by the WyzBee IoT Cloud – a Redpine hosted cloud framework that offers flexible and customizable connectivity, analytics, and user interfaces. The RS9113 chipset integrates PUF-based hardware security block that provides for unique, individual device entities – ensuring that each IoT device can be individually authenticated and software delivered to it that cannot run on any other device.

The WyzBee platform also includes WyzBee Workbench, a unique debug tool that addresses a common debug need that arises when engineers validate systems that communicate with the cloud. This tool is integrated into the development environment offered for WyzBee and provides a comprehensive debug analysis of data traffic between the device and the cloud. This Enhanced Debugger includes the capability of analysing all transactions with the cloud, including secure SSL protected exchanges.

“mCube’s MC3610 ultra-low power, high-performance 3-axis accelerometer, along with our magnetometer and iGyro products, is built upon our award-winning monolithic single-chip MEMS technology platform. They have been widely adopted in mobile handsets, tablets, and IoT devices with over 100 million units shipped. These sensors coupled with Redpine’s ultra-low power wireless technology and WyzBee platform provide an optimal platform for device creators in the IoT space. We are pleased with the concept of creating IoT devices with WyzBee product synthesis and power profiler to maximize battery life. We will provide a variety of inertial sensors on the WyzBee platform to enable optimal designs for wearables and the Internet of Moving Things (IoMT),” said Ben Lee, president and chief executive officer of mCube.

“Redpine WyzBee IoT device maker platform makes it possible to accelerate device development with wireless technologies and IAR Systems is pleased to support the interface to WyzBee development environment. We have learned from our customers that wireless functionality is one of the biggest hurdles in migrating applications for IoT solutions today. Enhanced cloud protocol debugging features will enable shortened time to market for IoT applications as well as address the growing need of wireless technologies,” says Anders Holmberg, IoT Manager, IAR Systems.”

The WyzBee IoT Platform kits and WyzBee THING adaptor cards are available now from Redpine Signals. A complete demo can be seen at the Redpine Signals hosted symposium on August 23rd at the Hot Chips Symposium in Cupertino, Calif. The pricing of the base WyzBee platform board starts at $29 per unit. The boards can be directly purchased from the WyzBee site.