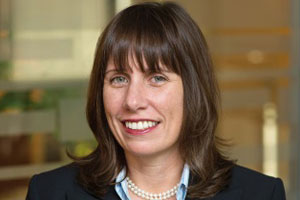 Progress (NASDAQ: PRGS) announced findings from the latest Telerik State of Mobile Development survey. Telerik, a Progress company, surveyed 3,000 IT professionals and developers to assess the adoption, trends and perceptions around mobile development. The key finding is that developers need the right tools and processes to move forward with their mobile app development efforts.

“The most poignant finding of the survey is that 57% of developers have never built a mobile app, indicating that mobile app development remains highly specialised,” said Karen Tegan Padir, president, Application Development and Deployment, Progress. “It’s clear that the developer community as a whole needs easy-to-use tools and processes to move forward with their mobile app development efforts in a more substantial way.”

Key findings from the survey include:

Looking forward, respondents reported developing for a mix of platforms other than mobile, including web (87%), desktop (62%), IoT (22%), wearables (6%) and others.

According to the survey, IoT trumps wearables, such as the Apple Watch, as the “next big thing” in app development. Smart appliances and virtual reality devices, such as the Oculus Rift, are expected to be more important by 35% and 21% of respondents, respectively. Only 21% of those surveyed have definitive plans to build apps for wearables in 2015. Of the 21%, 45% will be developing apps for the Apple Watch.

Though interest in using mobile apps among consumers and enterprises continues to grow, adoption of mobile application development is slower than expected. Fifty-seven percent of developers are still brand new to mobile development or have never built a mobile app, and 47% of developers surveyed develop, on average, just one functional mobile app per year. Some haven’t built any at all.

A lack of process may be also getting in the way. Mobile developers expressed frustration over constraints and changing technology and development practices (16%). In addition, they struggle with a range of inhibitors, such as a lack of time (19%) to a lack of tools (15%) to budgetary constraints.

For achieving any of these goals, user experience (UX) is the most important element to consider when developing mobile apps of any type—whether they are external-facing or used for business-critical functions. Forty-four percent of those surveyed indicated UX as the most important part of the apps they build, followed by ease of maintenance (24%), performance (15%) and security (11%).

While there are developer frustrations with a lack of available tools and ever-changing development practices, most developers don’t have their hearts set on a particular approach for building mobile apps. Hybrid is the most preferred (33%), followed by native (25%) and web (19%), but the dividing line is in close proximity.

According to the survey, developers are also developing across all platforms. Seventy-six percent reported developing for Android, 63% for iOS and 40% for Windows Phone. Of those who develop for iOS, 83% also develop for Android. Although multi-platform development is a requirement for the majority of B2B and B2E mobile apps, it is one of the greatest challenges—36% of respondents listed it as the most challenging part of the app building process, tied with the need to provide a clean UI.

To read the full report and see all of the survey findings, click here