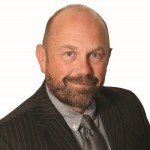 A huge 88% of road transport businesses still use paper-based processes to manage vehicle walk around checks and only 14% have an incentive scheme based on driver performance data.

These are the findings of a straw poll of more than 400 transport industry decision-makers who were attending the UK’s RHA Compliance Conference in Coventry, England last week.

The poll also found that nearly three-quarters (73%) of industry delegates don’t use tachograph data for anything other than driver hour compliance.

The poll was taken by telematics platform provider Microlise, as part of its presentation, in which executive director – Product Strategy, Matthew Hague, described how technology could significantly improve efficiency.

“The principle of open and shared data within a business can transform processes leading to reduced costs and even new revenue streams in some instances. This is especially important in the road transport industry which has notoriously slim profit margins,” said Hague.

During the presentation, Hague spoke of the potential for technology to ensure compliance and lead to performance improvements across an operator’s business with tachograph data, vehicle walk around checks, compliance, driving style and safety all discussed. Hague said that technology-led vehicle health and integrated workshop management could also lead to wide-ranging improvements.

Hague added: “Telematics is no-longer just about locating a vehicle. The capabilities have gone far beyond the ‘dot on a map’ basics. The work currently being carried out by the DVSA on next generation compliance is a great example of what can be achieved with the joined up use of technology and sharing of data.”

At the conference, the DVSA unveiled its plan to roll out its Remote Enforcement Office and earned recognition scheme nationally. It announced that its next generation enforcement, which has already been trialled on a regional basis, will lead to fewer roadside stops for compliant operators and will use existing data captured by tachograph and telematics technology already in place.

“There were some interesting findings uncovered during the live voting at the Compliance Conference. It is clear, from several of the presentations, that technology could and should be used more broadly in our industry to ensure the highest level of compliance among operators,” said Richard Burnett, chief executive of the RHA.