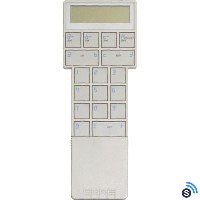 Philips introduced the first universal remote in 1985 under the brand name Magnavox; and CL 9, a startup founded by Steve Wozniak, introduced the first programmable remote control in 1987. Wozniak’s programmable remote was flexible but not commercially successful, as mainstream consumers believed that the device was too complicated to configure and use.

The concept behind the universal remote was that it could single-handedly operate various brands of one or more types of consumer electronics devices such as a user’s TV, VCR and sound system. The ultimate goal was simply to have 1 remote in a household to rule them all, says Chun Liew of SmartHomeDB

Problem #1: Too Difficult to Programme For readers who have tried or successfully configured a universal remote, there is a high likelihood it seriously tested your patience.

To program a universal remote, users had to lookup unique access codes for each piece of equipment they wanted to control and the process could at best be described as inelegant.

It was often the case that a technical savant would go through the complex procedure of programming a universal remote while a mainstream end-user would be able to operate the remote after it had been properly configured. While the technical savant who programmed a universal remote may conclude that a little complexity is a small price to pay for a lot of control, often times auniversal remote did not pass the Wife Acceptance Factor.

As a 2006 study by the Consumer Electronics Association found that wives control 88% of electronics purchases either indirectly through their influence or directly by making the purchase themselves, it becomes clear that a universal remote would have to be embraced by all members of a household, which often proved not to be the case in reality. In 1992, Chris Baber and Neville Stanton found that most mainstream users only engaged remotes for very simple actions such as on/off, stop and pause, and that many of the more ‘sophisticated’ features were often completely ignored. The current market development is that the smartphone is becoming the ‘Universal Remote’ for many households due to the fact that smartphone producers such as Samsung, LG and HTC have started to add Infrared (IR) Blasters and respectively remote control functionalities via apps to their smartphones.

Furthermore, as most new TVs and sound systems have built-in Bluetooth and Wi-Fi, soon all smartphones will be able to control a household’s complete home entertainment setup.

As apps facilitate easier programming than physical remotes, the difficulty to program argument applicable to universal remotes may be weaker for universal apps. But at SmartHomeDB, we believe that universal apps will still experience significant resistance due to the Wife Acceptance Factor and simplicity of single-purpose apps.

Our forecast is that there is a very high likelihood that 30 years from now, that while there will unquestionably be a market for universal apps, single-purpose apps will still be more commonly used by mainstream users versus universal apps. Only time will tell.

By Chun Liew, founder of SmartHomeDB

Chun Liew is the Founder of SmartHomeDB and holds a MSc CEMS from the Rotterdam School of Management, Erasmus University.

SmartHomeDB is the most trusted open community-supported online destination for smart home consumers. The platform aspires to cut through the complexity of everything smart home and deliver the knowledge needed to make the right decisions quickly, and with confidence.