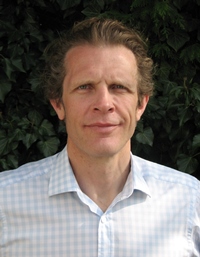 Commenting on the deployment, Jon-Paul Clarke, business development director, Wireless Logic, stated: “Initially, some 70 mobile camera sites were connected this way with cost cutting and efficiency credentials soon established, before the technology was rolled out more broadly to multiple fixed and mobile units. Being able to use several mobile networks across the one platform provides much-needed flexibility and scalability, especially when cameras need to be redeployed quickly in response to emerging trouble hot spots.”

With uninsured and unlicensed drivers costing the rest of the motoring population more than £400 million a year, kicking such misdemeanours to the kerb remains an ongoing priority for police authorities. Further statistics bear out the extent of the problem with latest figures revealing that three people are killed by uninsured or hit and run drivers every week. As a potent intelligence tool, ANPR is a core technology in the battle to make the roads safer and fairer for those using them legally. Able to track vehicles both in real time and retrospectively and be used in incident analysis, they are playing a broader, growing role in the fight against organised crime and terrorists.

A decade on from its 2005 UK roll out, ANPR is not new, but precisely how the technology is now managed and integrated is evolving. Until recently, the IT infrastructure behind ANPR was complex, throwing up many operational issues that arise with the challenges of managing and controlling numerous deployed units, while ensuring that critical data is handled securely and processes are not hindered by latency and disruption.

Today, the savviest operators are increasingly putting their ANPR needs in the hands of managed service providers like Wireless Logic, who have the specialist expertise required to ensure that a cost effective connectivity- solution is in place and is run and maintained with seamless efficiency, enabling forces to capitalise on investments they have already made in ANPR solutions.

Based on the single unified technology platform which underpins all of the company’s core offerings, Wireless Logic introduced NetPro, a secure and robust private network and encrypted solution that enables the individual monitoring and control of data usage in real-time.