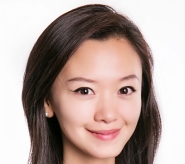 Google has rolled out Android Pay, its second effort in mobile payments, to rival Apple Pay. Android Pay works with all NFC-enabled Android devices running KitKat 4.4+ with any US carrier. Google Wallet now spins off into a separate app for peer-to-peer (P2P) payments.

Google was ahead of many US competitors when it launched its Google Wallet mobile payments service in September 2011 for US. But technical limitations on payment cards, a lack of carrier support, few compatible devices, as well as lack of merchant support and consumer awareness had led to slow adoption.

Apple Pay’s US launch in October 2014 has helped educate US consumers and merchants about NFC mobile payments, clearing one of the major barriers for Google.

Mobile payments competition heats up in the US with Apple, Google and Samsung

An increasing number of users will have devices with mobile payment options. Google and Apple claimed 47.3% and 45.4% respectively of the US smartphone market installed base in 2014. Both services are not available to all devices as they require recent hardware (Apple), NFC support, and a recent OS version (Android).  The competition will heat up further when Samsung Pay joins the fray on September 28th in the US.

Outside the US, revenue share with credit card issuers will be one of the deciding factors for who wins the mobile payments game

As of now Android Pay and Apple Pay work in a very similar way. Ensuring an extensive list of supporting banks and card providers will be essential for increasing adoption. The slow roll out of Apple Pay, which is available in just one other country one year after its US launch, highlights the challenges mobile payments services face when trying to secure agreements with local banking partners. For Android to gain a share of global mobile payments market, it should consider lowering its cut from fees with credit card issuers.

For Apple and Google, mobile payments are a means to tie users into the ecosystem rather than the main revenue streams

While Apple takes a share of transaction amounts from its mobile payments service, it is using Apple Pay to sell more iPhones and defend its ecosystem. For Google, it’s about fortifying its dominance on Android platform by opening up opportunities to third-party developers and offering convenience to consumers.