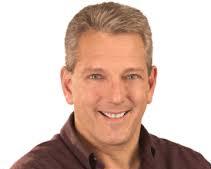 Today we take it for granted that we can connect machines wirelessly and communicate across vast distances. But we’d be wise to remember that it’s only been about 10 years since the idea of wireless machine-to-machine (M2M) entered the mainstream.M2M has emerged as the driver moving us from the Internet age to the Internet of Things (IoT). Wherever I go, I continually hear the prognostication of 50 billion connected devices online by 2020.

As I look back, there are four semi-distinct eras that stand out most, which mark the changing landscape of M2M. However, it should be noted that each era has lasted an increasingly shorter time period, as the rate of change and innovation has accelerated, says Joel Young, CTO at Digi International

As I mentioned earlier, it seems the rate of change and technological advancement in M2M and IoT are accelerating. New developments continue to create opportunities for M2M, including 4G LTE rollouts and newer Low-Power Wide-Area Networks. This is actually what gives me a sense of purpose for the future of M2M. If the past is any indicator, it’s hard to imagine all we’ll be able to do. But, I’m looking forward to it.

As some people in the industry may know, this year, Digi International is celebrating its 30th anniversary. As a regular contributor, I appreciate that M2M Now is providing the opportunity to “look back” at what resonates with me as key moments in the industry.

The author of this blog is Joel Young senior vice president of research and development and chief technical officer, Digi International