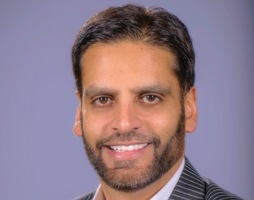 One industry phrase prevalent at the end of the last century described the telecommunications explosion as creating a ‘network of networks’.

As the Internet of Things (IoT) continues to extend its tendrils into almost every area of our professional, public and personal lives, it’d probably be more accurate to describe its continued evolution as creating a ‘system of systems’.

We’re now moving valuable information to be used in mission-critical decision making – rather than just raw data – around between multiple devices, IT platforms, applications and business partners.

But how do we coordinate the flows of this information and, more importantly, ensure that analytic processes and decision making – whether using human or machine intelligence – are based on consistent and holistic collections of data?

In search of answers to some of these problems, M2M Now’s editor, Alun Lewis, recently spoke with Irfan Khan, CTO of the global customer organisation at SAP who see their HANA cloud platform, specifically created to support the IoT environment, as having an increasingly major role to play across multiple industry sectors.

M2M Now: Irfan, can you talk us through some of the issues that led SAP to develop the IoT extensions for the HANA platform?

Irfan Khan (IK): The IoT is growing at an incredible rate these days and that’s starting to cause some problems for some companies IT infrastructures. To set out the picture with some very broad brush strokes, there are a number of factors at work. Firstly, there are continuing tensions between the centre and the edge – for very good reasons, more processing is being done at the edge, supported by growing intelligence in devices and gateways and the use of Fog techniques to complement the Cloud. Secondly, each part of the IoT ecosystem is evolving at different rates and each largely operates at a different speed and this can also sometimes cause issues with historic ‘one size fits all’ solutions. Finally, the IoT is starting to dramatically change the ways that companies do business and how they structure themselves, both internally and in their relationships with customers and partners. As a result, databases and their supporting analytic and dashboard tools increasingly have to operate in a silo-free fashion horizontally and in much more dynamic and responsive ways than ever before. Working with our various sector partners – such as Siemens, Intel, Accenture, T-Systems and Jasper – SAP HANA can provide an elegant and effective way to eliminate these bottlenecks on the path to a world truly integrated IoT data, information, services and solutions.

M2M Now: The breadth of information that it’s now possible to capture from both inside and outside companies is startling – and all of it could be commercially or technologically useful. What sorts of application areas is SAP HANA able to reach into and support and which do you think will be the most valuable in the near future?

IK: We’re essentially building on our existing data and application services – which already include predictive analytics, telematics, geo-location and much more – to get the device cloud and its data flows working far more quickly and more leanly than before. SAP HANA now also includes device management, IoT messaging and IoT application enablement including data modelling. In terms of the wider operating environment, SAP customers can run their own device cloud or operate one for their customers. To encourage customers to start experimenting with these new ways of doing business, SAP, for a limited time, is including free and unlimited access to the SAP SQL Anywhere suite – supporting lightweight, embeddable databases for remote devices for use with the SAP HANA Cloud Platform.

To put this into a more strategic and real world kind of context, there will increasingly be situations where information must reside at the edge on the device or gateway if it’s to be fully exploitable in the context of that particular situation. Latency – of the communications networks and core systems involved – while always getting better will, in some application areas never be good enough to support all applications. This is why we’ve focused on bringing a number of in-memory data and application technology innovations and what you could call a frugal architecture to SAP HANA to deliver this speed of response.

If that’s the situation at the edge, there’s also a complementary need to find better ways to deal with what’s going on at the centre – though any ‘centres’ as such are becoming increasingly virtual in such a distributed environment. Synchronising data across multiple departments, databases and locations has always been problematic, but increasingly it’s become a real barrier to moving towards smarter ways of doing business, as summed up by SAP’s motto of ‘Run Simple’. How can a company run analytics – transactional, predictive, geospatial or any other flavour you want – if the data needed is lurking in different places and held under different rules and formats. SAP HANA manages to resolve both these conundrums at both the edge and centre simultaneously.

M2M Now: Can you give our readers some examples of real world applications of this?

IK: The range of potential benefits that can be extracted is huge, extends across just about every environment, from the workplace to public spaces to the intensely personal. One very good example of how we’re bridging these spaces involves a project that we have underway which is using the IoT – supported by HANA – to create a zero harm environment in mines. Part of the IoT kickstarter program at the SAP Co-innovation Lab in Silicon Valley, this product is being developed jointly by SAP, wearable technology firm Vandrico, and SAP systems integration and management consultancy Illumiti.

The solution receives real-time information from sensors in the mine and miners reports from smartwatches. These reports are analysed and converted into alerts in SAP HANA when a safety hazard is detected. The Canary Platform is then used to send alert messages to the miners’ wearable devices. In addition, safety tips and triggers requesting safety status of the workers are sent on a schedule to the miners. The watch also has safety checklists for miners that will prompt a worker as he/she begins to use a piece of machinery. The watch will send confirmation notices and ask if there are any issues to report to maintenance. The miners’ responses will feed into enterprise resource planning and then get logged for any future audits.

Switching to the overground world, Hamburg Port Authority which currently handles around 9 million containers each year and manages as many as 8,000 truck movements every day, is now using a solution called the smartPORT logistics (SPL) IoT platform, a co-production between SAP, which supplies real-time technology via the SAP HANA Cloud Platform, Deutsche Telekom, responsible for the telematics systems, and logistics specialist DAKOSY.

Fleet management is one of the services that were opened up to participants in the Port of Hamburg’s transport chain last November. Forwarding agents pay a monthly fee based on the services they use in return for information about when their trucks arrive at and leave the container terminal. Truck drivers can then log onto their tablets for information about the best routes to take to avoid traffic jams and keep waiting times to a minimum. SPL is able to track data about truck positions, vacant parking spots, congestion at the cargo terminals, traffic jams, raised bridges, and accidents – giving the Hamburg Port Authority’s road manager a bird’s eye view of the traffic situation right across the port premises.

These are both very good examples of how with SAP HANA you can combine sensors, devices and some edge-based processing with core processing, analytics and decision support systems to keep all your resources – human and mechanical – cooperating together in frictionless harmony.