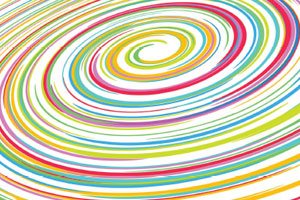 IoT services used to rely almost exclusively on cellular networks, with some satellite connectivity provided in remote locations, but now connectivity options are proliferating with low power wireless technologies, ZigBee and other bearers entering the fray. This provides wider choice – but also makes the decision process regarding which bearer to use accordingly more complex.

“New technologies such as Low Power Wide Area (LPWA) are an alternative to delivering IoT solutions over existing mobile cellular networks,” says Steve Bowker, vice president of technology and strategy at TEOCO. “They’re better placed to address key challenges such as minimising the cost of connected devices, and achieving reliable communications and connectivity with the minimum amount of power. Mobile networkbased IoT solutions are typically based on 2G technology due to the issue of power constraints. However, new research currently underway aims to solve the challenges of IoT for its use with 5G networks, which are expected to launch commercially in 2020.”

For Scott Sumner, the vice president of solutions development and marketing at Accedian Networks, the choice still hinges on two aspects: connectivity and transport. “Today, many IoT devices – such as smart home thermostats and alarm systems – connect using Wi-Fi,” he says. “Transport, though, is more important than connectivity: how does data get from one IoT device to another? And how is that traffic prioritised based on the service’s characteristics?” Sumner says basic IoT applications are characterised primarily by their bursty nature. IoT safety applications, on the other hand, are both bursty and high priority. Smart thermostat alerts therefore can’t be treated in the same way as streaming video surveillance from an alarm system.

That level of difference in requirements from service to service is also present in the differences between M2M and IoT terminology, although for many the terms have become conflated. “There is a clear tendency in the industry to mix or treat both terms at the same level,” says Josep Balaguer, the sales director of Blue Telecom Consulting. “To us, IoT is a much more broader concept than M2M. In fact, M2M is a building block within the IoT ecosystem.”

He goes on to explain that the IoT ecosystem is composed of the device layer – the sensors, actuators and controllers, the IoT aggregation or platform layer, the deployment of the applications and the connectivity to link all of those.

“Connectivity requirements are mainly driven by application or device requirements,” he says. “Issues such as energy consumption, coverage, mobility, resilience, quality, data throughput, communications latency, real-time data requirements and communications opex and capex should all be considered, among others.”

Balaguer adds that in his view cellular operators are more aligned to supporting M2M applications than the wider IoT ecosystem. “Mobile operators are very much focused on M2M type communications but, from the IoT ecosystem point of view, these are just one alternative to consider,” he emphasises.

Others bemoan the industry’s continued focus on cellular technologies when established alternatives exist. “With the massive number of connected devices currently accessing 3G, the reliability of this network often already operates at a reduced and, at times, insufficient capacity,” acknowledges Natalie Duffield, the chief executive of intechnologyWiFi. “While, for now, 4G may provide a faster, more efficient option, as the number of IoT devices using such networks increases, they are likely to encounter the same connectivity issues.”

“Unlike cellular networks,” she adds, “Wi-Fi is ready to connect billions of IoT devices to the internet, to each other and to the billions of consumer electronics and computing devices already in use. Wi-Fi’s scalability also means that its service will not falter as demand increases, provided it is properly maintained.”

Blurring the edges – the role of fog

Optimising an IoT network requires not only reliable access to bandwidth but an awareness of the attributes required by each service. “To optimise an IoT network, service providers must be able to use the network intelligently, which means prioritising both bandwidth and latency strategically to achieve the desired QoS for each particular service,” explains Sumner. “Fog computing – that is, storing and processing some IoT data on local devices, or on edge devices – can help. But even with fog computing, it’s still necessary to use finite network resources intelligently to successfully deliver the desired QoS. This in turn requires complex coordination across multiple network domains and elements.”

Others think much of the optimisation work has already been done and lessons have been learned from making the internet reliable. “Ultimately the IoT industry is standing on the shoulders of giants when it comes to considerations for reliable communications,” says Ronan Kelly, CTO of ADTRAN. “The internet has evolved from being something only suitable for non-mission critical applications, to becoming the backbone of choice for much of the world’s modern communications tools. Over the past 20 years there have been many protocols and mechanisms developed to permit reliable communications over either unreliable or congested network infrastructures. With many of the IoT solutions designed to use dedicated networks like SIGFOX, there are means to negotiate appropriate QoS requirements and, thanks to the bi-directional communication path, reliable transmission of signals can be confirmed.”

Optimising for the IoT

Yet, the Internet of Things is taking over the human internet. Infonetics Research forecasts that 70% of total network traffic by 2020 will be IoT or M2M-based, so internet QoS is becoming IoT QoS. “Delivering the desired QoS for different IoT services depends on five interdependent factors: real-time, end-to-end visibility over the entire network, which in turn empowers operators to gain control over increasingly complex networks, which in turn ensures performance that supports exceptional end-user experience, which is itself necessary for the competitive differentiation of IoT applications,” says Sumner.

“Service providers must manage bandwidth and latency in order to deliver IoT services,” he adds. “However, humans ultimately are the network’s end customers. This means that optimising for the IoT must start with a ‘first, do no harm’ strategy. As varied as IoT services are in terms of network impact, they should be considered as a whole and balanced against the need to maintain QoS for existing services like voice calling. This can be achieved when bandwidth and low latency are prioritised intelligently to those services and users that need it most – and de-prioritised for those that don’t.”

TEOCO’s Bowker also identifies the different requirements of IoT applications as key considerations in selecting network types. “The underlying communications technologies typically all support different QoS classes, however it’s critical to monitor all aspects of the service delivery chain and automatically identify any anomalous behaviour,” he says. “Different IoT applications require different approaches: mission-critical real-time alerts – for remote monitoring of healthcare patients, for example – must use robust radio channels to ensure messages and data are transmitted and successfully received. By contrast, a connected drinks machine that sends a regular automated stock update to the distributor can just wait to re-send the message if it isn’t delivered first time round.”

As the sheer scale of IoT traffic continues to grow, organisations will need to optimise their IoT networks in order to keep the costs involved in line with the value of the services delivered. That requires maximised utilisation of IoT network capacity.

Self-optimising networks – the final goal “Ultimately, the requirement here is to create a self-optimising network that’s capable of driving utilisation as effectively and efficiently as possible,” says Accedian’s Sumner. “This is possible if the network is set up properly to dynamically reconfigure resources automatically, in real-time. This type of intelligent network is sufficiently self-aware to decide how to allocate resources fast enough so as to keep up with the demands of both traditional applications and IoT ones.”

“Most importantly, in terms of the IoT, a self-optimising network must be able to handle bandwidth spikes without compromising prioritised services,” he adds. “IoT applications are notorious for triggering bandwidth spikes – for example, if something sets off a home security system that’s audioenabled or that uses infrared sensors. IoT services that involve video streaming especially can cause major problems with bandwidth spikes, if not handled appropriately.”

Bowker advocates that, as IoT upgrades, organisations share larger volumes of capacity to even out such spikes. “The efficient use of any network improves with scale and tends to be more efficient the higher its workload,” he says. “The IoT is no exception. Organisations can become more efficient by working together to consolidate their various IoT solutions on a single network, and it’s for this reason that we’re likely to see more organisations working together in consortia. Already, we’re seeing that with traditional mobile network operators.”

For maximum network efficiency, it’s important to consider all of the available technologies and then design networks from the ground upwards. “The decision on whether to use mobile technologies versus dedicated IoT solutions is still not clear cut since power efficiency is continually improving with LTEAdvanced, and also as 5G evolves,” says Bowker. “Mobile technology’s role in the IoT is also more likely to benefit from economies of scale since the use of shared technology and standards globally means production costs will fall. However, currently the biggest challenge for IoT is ensuring quality of service without compromising security.”