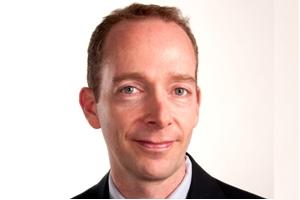 Ipswitch announced the findings of its 2015 Wearable Technology Survey which polls IT professionals from businesses and organisations within the United Kingdom. This year’s survey reveals concerns about wearable technology in the workplace.

Almost half (49%) of IT professionals are running networks that have smart watches connecting to them via Wi-Fi. 43% have fitness bands connecting, almost a fifth (17%) have health monitoring devices and 12% have recording and photography gear.

Only seven % of all respondents say that their company provides wearable technology to its own workers. This is despite a quarter (25%) of IT professionals saying in a similar survey  in October 2014 that they expected to introduce wearable technology within the next year.

Top concerns for IT professionals relating to high adoption of wearable technology in the workplace:

However, when asked if they had IT policies in place to manage the impact of wearable technology, over two-thirds (69%) did not and only one-fifth (21%) did have such a policy. This compares to almost three quarters (73%) who said they had no policy in place in last year’s survey.

Alessandro Porro, Vice President of International, Ipswitch said: “Wearable technology might be convenient for the user, but our survey shows that it’s the IT professionals who get inconvenienced by supporting more devices and worrying about security breaches.”

“Fortunately, IT pros can be better prepared to deal with Apple Watches and Fitbits when they have the proper tools to provide total visibility into network traffic and bandwidth utilisation. A clear picture of what is happening helps to ensure that wearable technology isn’t going to affect network or application performance.”