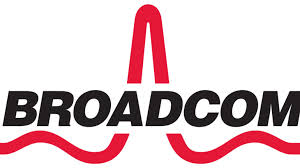 Broadcom-Avago merger likely to conclude by end of 1Q16

Broadcom (BRCM) and Avago (AVGO) have announced that the waiting period under the Hart-Scott-Rodino Antitrust Improvements Act (or HSR) of 1976 expired with regards to the previously announced merger transaction worth $37 billion.

Expiration of the HSR Act waiting period has satisfied one of the conditions with regards to closing of the merger transaction, which remains subject to approval by shareholders of both the firm’s. The merger transaction is expected to close by end of 1Q16.

Intel (INTC), a heavyweight in the semiconductor segment have announced completion of its $16.7 billion acquisition of Altera Corp. on June 1, 2015. Broadcom have announced introduction of AIR-IQ, the industry’s fastest and most accurate spectrum management technology for enterprise 5G Wi-Fi access points. AIR-IQ allows OEM’s (original equipment manufacturers) to “design enterprise access points, particularly for high-density environments, with advanced WLAN air management capabilities to ensure a reliable Wi-Fi experience”. Demand for uptime and service level agreement guarantees for a range of enterprise demanding applications across major industries have been growing as Wi-Fi is fast becoming the primary connectivity source in businesses. Broadcom has further stated that the AIR-IQ technology combines the best of silicon and software, providing carriers with the ability to detect and mitigate interference helping them to deliver exceptional and reliable connectivity.