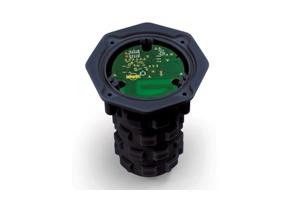 The deployment, led by Russian partner Gorizont-Telecom, will lead to smart parking technology in more than 3,000 parking spaces across the capital. The solution has been built on Telensa UNB wireless technology, which combines the virtues of long range, proven scalability, low cost and very long sensor battery life.

The solution involves small battery-powered sensors set into the road surface of each street parking space.  These sensors detect when a vehicle is parked above them and wirelessly communicate with laptop-sized Telensa base stations, each of which looks after thousands of sensors over a range of up to 8 kilometres.  The sensors have a battery life of 5 years, even in the challenging low temperatures of a Minsk winter.

The real-time occupancy data from the sensors is used to inform three cloud-based systems. The central administration system provides the city with detailed analytics on capacity trends and bottlenecks, the phone app helps citizens find spaces and so reduces pollution,  and the civil enforcement officer app reduces the cost of enforcement by directing officers to precisely where infringements are taking place in real time. The Minsk project follows established deployments in Moscow, St. Petersburg and Kazan in Russia and Shenzhen in China.  Moscow is already the world’s largest bay sensor deployment and has the potential to cover 70,000 spaces. Telensa technology was chosen to replace several previous systems because of its proven reliability and low cost.

Telensa smart city solutions are built on its ultra-narrow band (UNB) wireless technology, which is the only low-power wide-area (LPWA) network deployed at commercial scale.  Covering a city of 1 million people in less than a week, Telensa UNB is the ideal platform for a range of low-cost smart city control applications such as smart parking, smart street lighting and environmental monitoring. Telensa is the world #1 in smart street lighting.

Telensa CEO Will Gibson said, “Smart city applications won’t become ubiquitous until a multi-purpose wireless technology emerges that can be deployed easily, that works reliably at massive scale and that delivers a compelling business case.  Telensa UNB increasingly looks like the catalyst to make all cities smart and we’re delighted to see Minsk and Gorizont at the forefront of this movement.”