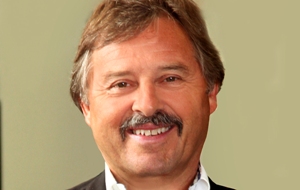 Alex Brisbourne, Chairman of the IMC and CEO KORE
Wireless

A quarterly survey of 140 executives that self-identify as buyers of products and services for the Internet of Things (IoT) shows a mixed picture for the near-term sales of hardware, software, connectivity, and services in the nascent technology sector.

The Quarterly IoT Buyers Index from the IoT M2M Council, which counts over 12,000 OEMs, enterprise users, and apps developers that deploy the technology as members, shows growth in the number of IoT deployments for the coming year, but an actual decrease in deployments over the next six months.

The survey asked executives to outline their buying plans in 6-month intervals, and compares the relative results with previous quarters. “We see an increase of 11.6% in the percentage of IoT Adopters looking to start projects in the next 12 months, but a small decrease of around 4% in those looking to do so in the next six months. This could be due to the inconsistent economic picture globally, and perhaps year-end budgetary pressures are a factor, but time will tell,” said Alex Brisbourne, Chairman of the IMC and CEO of KORE Wireless

The survey does show strong growth in the number of larger IoT deployments (with more than 1,000 devices connected) and for those that use long-range wireless connectivity, such as cellular or satellite. The survey also shows that enterprise users appear more bullish on starting projects in the short term than do OEMs or developers, and the energy sector stands out as the vertical market most ready to start projects now – perhaps due to the need to maximise efficiencies in the wake of the lower energy prices. Taken at the end of Q3 2015, the Quarterly IoT Buyers’ Index (QIBI) is the second produced by the IMC, and the third will become available in late January, 2016.

“We think that the QIBI will establish itself as a helpful and currently unique table of leading indicators in the field of IoT/M2M,” says Brisbourne.

The IMC has been averaging over 300 new members from around the globe weekly, and expects to have registered more than 15,000 IoT Adopters by year’s end. The group has produced an IoT Content Library that contains over 100 case studies, as well as white papers, blog entries, and vertical-market newsletters. It has also established a Membership Directory that allows for direct member communication.