Home › Blogs › IoT and the future of industry 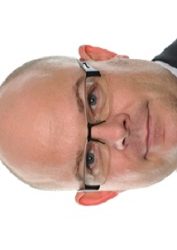 It’s impossible to tell if the Internet of Things (IoT) will live up to the hype, but it will certainly have a considerable effect on the way we do business. Perhaps the greatest, if not the most immediately visible, effect will be on industry and manufacturing, at the very root of the goods we buy and sell.

If IoT means everything is connected then the implications for industry are huge, and larger the more “things” there are to connect: every machine and device with its own intelligence and data set communicating with every other unlocks possibilities for automation so far undreamt of, says Dirk Paessler is CEO of Paessler

The fact that in Germany industrial strategists call these possibilities “Industrie 4.0” or the Fourth Industrial Revolution should give a clue to the ambition. If the first industrial revolution was brought about by the mechanical power of steam and water, the second by the production line, and the third by the arrival of computing, then the fourth will be the autonomy of almost the whole chain. Everything will be a series of interconnected, interdependent parts, each learning from and controlling each other.

The networks would communicate outside of the factory too – a vehicle with a fault could self-diagnose the problem and order the factory to produce the replacement part. You can even imagine an automated drone delivery service dropping off the part to the owner of the vehicle. Some existing companies are already progressing down this path with their current R&D strategies.

An assembly line powered by IoT might never have to deal with downtime. Maintenance would be carried out at a point scheduled far in advance, with spare parts arriving in anticipation of the fault. No more warning lights alerting workers of a fault will be needed when the machine itself can see the fault coming. Workers too would benefit from any number of wearable tech innovations, with the measurement of ambient noise, temperature and air quality allowing for tailored alerts for each worker.

This is all very exciting, of course, but as with any great leap forward, there are plenty of potential drawbacks. For one thing, there will need to be a way to integrate a massive and diverse group of “things”, from sprockets to smelters, into an existing network structure.

Then there’s the data itself. The magnitude of data collected creates a need for a new way to process, analyse and display it all in an easy-to-understand fashion, so that macro-problems can be spotted. The IT network at the hub of this effort will become the holy of holies for the workplace, needing constant attention to keep everything in perfect working order.

Monitoring will be crucial. Usually it is thought of as something to watch out for issues in the network, an early warning system should any crashes or disconnections raise their head. With IoT, however, the importance of IT monitoring multiplies, as what is being monitored is in fact the “things” that make up your business. To know their status is to understand how your production is progressing, and to have it collated in one place in a simple and intelligible dashboard combining IT and machine data will be vital. We call this model the “Monitoring of Things”.

The success of IoT depends on the detail. The “things” themselves need to have a way of being managed, as no system can become so autonomous that it runs entirely unmonitored. This Unified Monitoring approach will be one of the tools that can help manufacturers comfortably embrace the benefits of the new technology, and ensure that Industrie 4.0 is indeed a leap forward comparable with the invention of the steam engine.

The author of this blog is Dirk Paessler is CEO of Paessler, a network monitoring software developer based in Nuremburg, Germany.