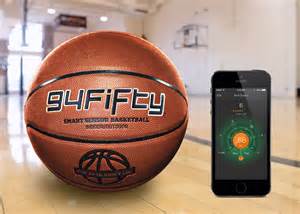 The recent Bluetooth Europe 2015 event in London was not only a chance to assess the technology’s successes in recent years but to explore its growing role in the Internet of Things (IoT).

Relapse rates for alcohol abuse patients three months after treatment can be as high as 60%, so a device that helps them return to normal life and stay sober through peer and professional support is valuable.

As Mark Powell says, “Bluetooth is not just with us in cars but through wearables, baby pacifiers, sports measurement, and pet tracking collars. There will be £100 million (€139 million) worth of shipments in 2015, compared to £50 million (€69 million) in 2014.”

“Today, Bluetooth in smart beacons give information on what people like when shopping and where they are. There are expected to be 60 million Bluetooth beacons in use by 2019, yet this device category didn’t even exist two years ago. Three billion Bluetooth-enabled devices will ship this year, and Europe has a one third share of that,” adds Powell, “and five billion shipments are projected for four years’ time. There are seven billion people on the planet.”

Powell points to four key factors behind the success to date of Bluetooth. It’s flexible; yes, he concedes, it’s a standard but it encourages innovation. For example, when Bluetooth standards were being drafted who could have foreseen the success of 94Fifty, the first smart sensor basketball. For those who aren’t basketball fans, 94Fifty is a basketball fitted with Bluetooth sensors recording ball movements that previously could not even be measured. Download the free app to your mobile, activate the ball, and it will measure elements including dribble force and speed, shot speed, shot backspin, and shot arc. Objective data is delivered to the phone in 100 milliseconds.

Bluetooth is affordable; wireless connectivity can be added to “almost any product,” he said. “It is secure. We read hack stories daily, and we know that two-thirds of users worry that smart homes make their data more vulnerable. And it’s ubiquitous. “Developers know they can have markets measured in millions, and users know that Bluetooth products will work.”

In a new initiative the SIG has launched an application developer tool, Bluetooth Developer Studio. It is not only a developer interactive development environment (IDE) it is also an online community and repository for developers. The SIG has made available an online database, a repository for custom profiles developers want to publish. For example, developers might want to share a reference design so that others can start building on top of it. The Studio can also be used for virtual and prototype testing, and publishing profiles. (Find out more at: https://vimeo.com/143299825)

There is also an initiative to bring mesh networking to Bluetooth. “Imagine,” says Powell, “a home where temperature and lighting are controlled by your mobile device and can sense your presence. Or imagine the emergency services being able to know your location in a building down to the floor and room via beacons.” This is being prototyped now.

Thomas Embla Bonnerud, director of product management at Nordic Semiconductor, looked at IPv6 over Bluetooth Smart sensor networks, and how he believes they are powering the IoT market in networks, transport, security and other applications. “Today I’m connecting my things with Bluetooth Smart. Wearables are connected to the phone, but data is crunched in the cloud. That’s what makes the applications interesting,” he says. “I’m connecting mainly via my phone and it works. So there’s no pressing need here for IPv6.”

“Next, we’ll be connecting to things around us, for example door locks. These are non-personal devices, that may need 24/7 connectivity. They’ll be part of a larger distributed network for the security of your home or office. These routers are coming this year, with Bluetooth and WiFi built in to enable these networks. You can also enable heterogeneous networks with a mix of connectivity technologies, such as Bluetooth Smart, WiFi and Ethernet.

He concludes that it’s leveraging proven technologies, and extending Bluetooth Smart to things around us. In addition, it’s power and cost-efficient on modern Bluetooth System on Chips.

The view from the EU

Political adviser to the European Parliament, Ioana Surpateanu, reports that the EU expects there will be almost six billion connected devices in EU28 countries by 2020, generating revenues of €1.181 billion. The EU anticipates that the UK, France and Germany will gain most, and the industries benefiting most will be manufacturing, finance and utilities.

The framework conditions for a Digital Single Market (DSM), she says, are that regulatory walls are torn down and the EU moves from 28 national markets to a single one. That will require open access for e-commerce, and uniform VAT and copyright laws. It will also require common standards for telecoms and media, online platforms, security and personal data.

For the IoT to succeed in a Digital Single Market, Surpateanu points to the need for a single framework governing roaming, net neutrality, effective spectrum co-ordination, and incentives for investment in high speed broadband. She also highlighted concerns around standardised platforms, security and data protection, free flow of data, interoperability (especially in the areas of eHealth, transport, and energy), eSkills, and e-Government planning.

Hunn showed a slide based on figures from Argus Insights showing falling consumer demand for wearable devices. Year-on-year demand for consumer wearables in January 2014 was growing at a rate of 200% and reached a peak in November 2014 of 400% YoY growth before falling back to approximately 50% growth per year in July 2015.

Connected devices are predominantly about data, said Hunn. “The value comes from the data not the hardware.” The most sustainable business model is selling a regular service plan not trying to sell a hardware upgrade every 12 months. “Wearables have been described as a hardware Ponzi scheme; sell them a device, then successively shinier devices. The future is in companies selling services not hardware. Most wearable products now sell on Novelty but that’s hard to sustain.”

Mikko Sivolainen, senior marketing manager for connectivity software at Silicon Labs, talked about peeling the layers of security for IoT. “I do believe IoT is a great opportunity and it doesn’t matter whether the number of devices forecast for 2020 is 20, 50 or 100 billion. They’re all big numbers. And 25% of these devices will be insecure!”

As to what we should ensure, Sivolainen identified confidentiality in the secrecy of our information, availability or the response time for getting service, integrity which cannot change over time, and authenticity – the truthfulness of origin.

Bluetooth addresses IoT security by authentication and association, man-in-the-middle protection, encryption, data signing, privacy, and passive eavesdropping. “Bluetooth is maturing and ready to connect IoT devices and it’s evolved to meet new IoT requirements,” said Sivolainen, “However, there is no shortcut to secure IoT applications. Ultimately, it’s our responsibility as an industry to ensure Bluetooth-enabled IoT applications are secure.”