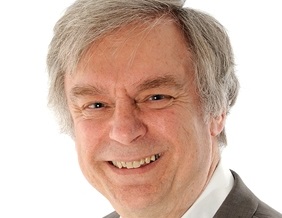 November 5, 2015: Beecham Research is warning companies planning to get into the Internet of Things (IoT) market not to believe all the hype and over–optimistic predictions.

Some industry commentators are forecasting the number of connected devices at anywhere between 10 billion and 50 billion by 2020, and trillions of dollars in new revenue by 2025. The analyst and consulting firm that has specialised in the M2M and IoT markets for 15 years, believes these numbers to be ‘unrealistic’ and ‘potentially damaging’ to the industry if they are believed and companies building their business plans and funding expectations on such ‘false promises’. (Also see:  The $$ cost of M2M hype and false hopes.)

“There is no doubt that the M2M and IoT markets are moving quickly and there are great new business opportunities, but with unrealistic predictions around the growth of connected devices, there is also the risk that companies will run out of time and money before they see a return on their investment,” said Robin Duke-Woolley, CEO at Beecham Research.

Twenty billion connected devices in 2020 is ‘pie in the sky’

“We know that today, excluding mobile phones and general purpose devices like tablets, there are significantly fewer than 1 billion connected devices worldwide. To suggest that growth rates exceeding 50% per annum are credible when the long term growth in this market has been consistently in the range 20-30% per annum prompts the question – why and what is likely to accelerate the overall growth rate so spectacularly? There is no answer to that. Equally problematic, even if those numbers could be achieved in shipments, there is not nearly enough resource available to install and implement them.” He continued, “Beecham Research’s main business is providing client-specific support for IoT business development where realistic forecasts and implementation plans are essential.”

Proponents of ‘many billions by 2020’, often suggest that the really big numbers will come from connected devices in homes and workplaces such as heating and air-conditioning systems, security alarms, fridges, freezers, washing machines and office equipment, for example. However, Beecham Research believes the benefits and monetisation of these devices are still not clear. “While some households may have a dozen or more connected devices there is no evidence  yet of connected devices in the home taking off in a big way,” says Duke-Woolley.

Beecham Research does point to new low power, low data rate, long range network technologies such as Low Power Wide Area Networks (LPWANs) to provide a growth spurt to the IoT market. “We expect this to deliver up to 5 million connections by the end of 2015 and increasing quickly thereafter,” said David Parker, a senior analyst at Beecham Research who recently authored a report on this subject. “This is coupled with new cellular technology becoming available within the next two years termed LTE-M or Narrowband IoT and derived from 4G technology. Many now believe it is this that will provide the real growth momentum for low data rate applications.”

Duke-Woolley is particular critical of predictions of trillions of dollars of new revenue. “We need to get real here. The total GDP of the United States – the biggest national economy in the world – is currently US$18 trillion annually*. To suggest that new revenue from IoT will approach even 10% of this over a 5 to 10 year period is unrealistic and unhelpful.”