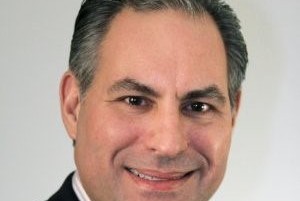 The City of San Francisco and SIGFOX are partnering to deploy a dedicated Internet of Things (IoT) network designed to provide low-cost, energy-efficient and two-way connectivity for smart city programs, as well as businesses in multiple verticals.

A growing phenomenon in numerous cities across the world, the IoT connects physical objects and allows them to communicate, analyse, and share their data through sensors, network connectivity and cloud software.

San Francisco is the first of 10 U.S. cities in which SIGFOX will deploy its network by Q1 2016. SIGFOX, whose technology is already FCC certified, is currently operating or being deployed in 10 European countries and registers over 5 million objects in its network. By providing a disruptively cost-effective, energy-efficient and simple way to connect the physical world to the Internet, SIGFOX enables the IoT industry to finally take off and connect large volumes of devices.

“The next wave in technology innovation in San Francisco will likely be the Internet of Things,” said Miguel A. Gamiño Jr., San Francisco’s chief information officer and executive director of the Department of Technology. “This new network reinforces San Francisco’s commitment to attracting startups and established companies in the emerging IoT space. It also allows the City to offer residents innovative new services and positions San Francisco as the leading smart city in the U.S.”

The Internet of Things links physical objects embedded with sensors and actuators to the Internet. It allows the “things” to exchange data and communicate with each other, allowing a smoke alarm to send a text when the alarm goes off or it has a low battery; a tracker to locate a stolen bicycle; a sensor placed on a fire hydrant to alert authorities when a leak is detected. The types of applications — ranging from agriculture, connected health, security or logistics — that can benefit from the IoT is limitless.

“If the last 10 years of technology development were about making it easier for companies and people to exchange information with one another — Google, Skype, Dropbox, and so on — the next 10 years will be about making it possible, cost effective and easy for the unconnected physical world to transmit data to the Internet,” said Allen Proithis, president of SIGFOX North America.

“The Internet of Things can bring new opportunities to San Francisco — the Innovation Capital of the World,” said San Francisco mayor Ed Lee. “Creating a network of this kind, the city will be able to attract new startup companies, strengthen existing businesses and provide more jobs, economic growth and continuing prosperity for our residents. I’m excited that the Internet of Things network will help the city deliver more efficient services for residents and opportunities for innovation for entrepreneurs.”

The pilot plan in San Francisco will be executed through collaboration between the Department of Technology, the Mayor’s Office of Innovation, the San Francisco Public Library, and other critical leadership.

Mr. Gamiño has expressed excitement for the development of the IoT, viewing it as a right step towards a broader vision of creating a hyper-connected city. The initiative to make San Francisco better connected started in 2013 with the provision of free municipal wireless service #SFWIFI.

In November, SIGFOX and the City of San Francisco will jointly sponsor a hackathon, in order to allow developers and makers to use the technology and generate new ideas for how SIGFOX’s network can be used to create innovative smart-city solutions.