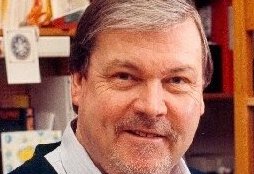 Cellular wireless has evolved from 2G through to 2.5G and on to 3G, but the technology employed in LTE is significantly different to those earlier generation networks and the result is a quantum jump in performance and efficiency.

It enables up to 10 times more traffic than those earlier generation networks, but more significant is the fact that it enables data to be transmitted at widely different rates.

Eleven different categories define the rates. Cat-6 delivers 300 Mbps but is set to go much higher. High data-rates are not required for M2M applications except in sectors such as video surveillance. In response to the demand for lower bandwidth applications, carriers are now introducing a new LTE Cat-1 network. Although it was introduced in 2008, Cat-1 existed in the shadows of its higher speed Cat-3 and Cat -4 counterparts. The data rate is 10 Mbps, which is an acceptable overkill for M2M.

However, a new category has been defined and it is set to deliver high quality, robust, low-latency communications at data rates up to 1 Mbps. This service is known as LTE-M. Altair Semiconductor and Telit have developed a module for Cat-1 services and it is being marketed as the first in a new series based on Altair chipsets that will accelerate the path toward LTE MTC (Machine Type Communications. That would seem to be a good move, but there are indications that the market will wait for Cat-M and skip Cat-1. This could be due to the inconsistent economic picture: time will tell.

There is a left-field development that could turn out to be good news for module vendors. LTE is often ignored by businesses that have been running their M2M applications on those earlier 2G networks. The speed was slow, measured in kbps not Mbps, but the price was right and since the service wasn’t broke it didn’t need fixing. However, the sun is setting on most 2G networks, particularly in the U.S., and they are destined to be replaced by LTE as soon as next year. Therefore, Cat-1 looks set to become an integral component of the 2G migration path and a topic of consideration for IoT companies that will be impacted by the 2G Sunset.

But — there’s always a but — 3GPP has defined new standard, known as Narrowband IoT (NB-IoT) that’s aligned with what the IoT needs: low-power, low-bandwidth, cost-effective performance. Narrowband IoT would support even lower data rates and lower power consumption than Cat-1. However, you can see it as a somewhat belated response to low-rate, low-power wide area networks (LPWANs) that employ proprietary technologies, e.g. Sigfox and LoRa. That said, Intel, Ericsson and Nokia are backing it and the service will be global, able to operate on existing LTE cellular networks.

The author of this blog is Bob Emmerson – Freelance writer & a contributing editor to M2M Now, No Jitter and Ziff Davis

As networks transform, new devices come to market and data is ingested from new sources, Robin Duke-Woolley, the chief executive of Beecham Research, interviews Charlene Marini, the vice president and general manager of devices in the IoT Platform business unit at Arm. Deriving the full value and benefit of trillions of IoT devices will require