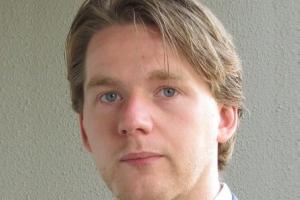 So where do we go from here? There is no doubt about it, with development times in M2M/IoT ranging from 6-18 months for new solutions. M2M system vendors in some countries need to make a decision now on the next iteration of their solution.

While some companies are choosing the ‘mystery box’ and gambling on their network operator maintaining its 2G network, James Mack says the majority of companies we work with across M2M One are looking at 3G and 4G/LTE upgrade paths.

What are your upgrade options?

Build vs. Buy – The first question you really need to ask yourself is whether you need to build a new product from scratch or if a solution already exists that can save you development time and cost.

The problem with upgrading a 2G solution from a module level is that most 2G modules have a completely different form factor, where most major modules suppliers now keep a common form factor for 3G & 4G/LTE – This often leads to a complete redesign of your base board, which adds time and money to the upgrade.

A lot of businesses that were early adopters of M2M/IoT from the 2G or even Circuit Switch Data (CSD) days had to develop their own solution, as nothing was available. Now we live in a time where M2M hardware has a level of standardisation in terms of inputs and functionality meaning it may be cheaper and easier for businesses to go from building a solution from a board level upwards to perhaps buying an off the shelf finished modem or even a complete product and white labeling (this is becoming increasingly popular in the competitive vehicle tracking and telematics space). 2G to 3G – The most immediate fix for the majority of businesses is to make the jump from 2G to 3G. The good news is that the cost of developing a 3G M2M device has reduced considerably making the process slightly less painful.

With quad and penta-band 3G modules on the market now, you can build a device that can be shipped anywhere in the world without having to worry about your base module.

The major consideration here is the rapid growth of 4G/LTE, with coverage set to match and surpass 3G in the coming year a lot of people are questioning the long-term future of 3G, while none of the carriers are making any statements regarding this. We have been advising customers that if they plan to have a device in the field for 10 years or more they should be using 4G/LTE to be safe.

2G to 4G/LTE – As coverage grows the idea of leapfrogging 3G altogether and going with a pure 4G/LTE solution or a solution that is 4G/LTE with 3G fallback is looking like the most sensible path for a majority of solution providers.

While a lot of M2M devices don’t need the added speed that comes with 4G/LTE the greater coverage, capacity and reliability of service is a huge draw. Several module manufactures and networks are discussing M2M-specific operations on LTE Cat-0, a lower bandwidth M2M-specific subset of LTE which will reduce both module and data costs

This isn’t to say 4G/LTE doesn’t bring its own difficulties along with it. While LTE modules are expected to drop in price much quicker than their 3G counterparts, they are still reasonably expensive compared to 2G. Another headache is the number of LTE bands currently being used; there are currently 32 LTE bands in use with 44 including LTE-TDD.

There are currently no easily accessible modules on the market that will cover all LTE bands, which means deploying a global single SKU M2M device is currently impossible on LTE. Several countries have common bands making regional applications possible, but for a true global option your choices are limited.

Where do I get started?

The best place to get started is to speak to your supplier about upgrade paths, every module and modem supplier in Australia will be able to give you a number of options for upgrading your existing product and you might be pleasantly surprised by the ease and cost of some of these.

If you don’t have contact with a supplier, most mobile network operators will be able to supply you with a list of approved hardware and integrators that can assist. Some may even assist with discounts, subsidies or consolidation of services as they want to minimise the number of 2G connections come shut down time.

Of course M2M One are always here to help, we have connections to most of Australia’s leading M2M/IoT hardware providers and our team of M2M network experts can assist with helping you create an upgrade path that works for your business.

The author of this blog is James Mack, general manager, M2M One